Painter, writer, sculptor and performer, Yayoi Kusama is considered to be the most important Japanese artist of the twentieth and twenty-first centuries. She was born in 1929 in Matsumoto in Japan, and studied traditional Japanese style, called nihonga, at the Kyoto City University of Arts.

The influence of American Abstract Expressionism and the support of the American artist Georgia O’Keeffe led the contemporary artist to move to the United States in 1957. Towards the 1960s, she was a part of the New York avant-garde scene and her work quickly transcended Pop Art and Minimalism.

Kusama truly established her reputation throughout the late 1960s with her happenings in which participants were painted with vivid colored polka dots while being naked. Subsequently, her work has been marked by the repetition of polka dots and her psychedelic imagery, evoking psychology, feminism, sexuality and creativity. Since the 1970s, it is through her outdoor and indoor installations, sculptures, interactive works, paintings and other artforms that the artist acquired an international fame, leading her to exhibit her work in various museums around the world.

Kusama openly talks about the way her childhood within a toxic family and her mental health (hallucinations, etc) play an important part in her art. In an interview with Infinity Net, she says “I fight pain, anxiety, and fear every day, and the only method I have found that relieved my illness is to keep creating art. I followed the thread of art and somehow discovered a path that would allow me to live.”

In 1973, she returned to Tokyo where she still lives and works. 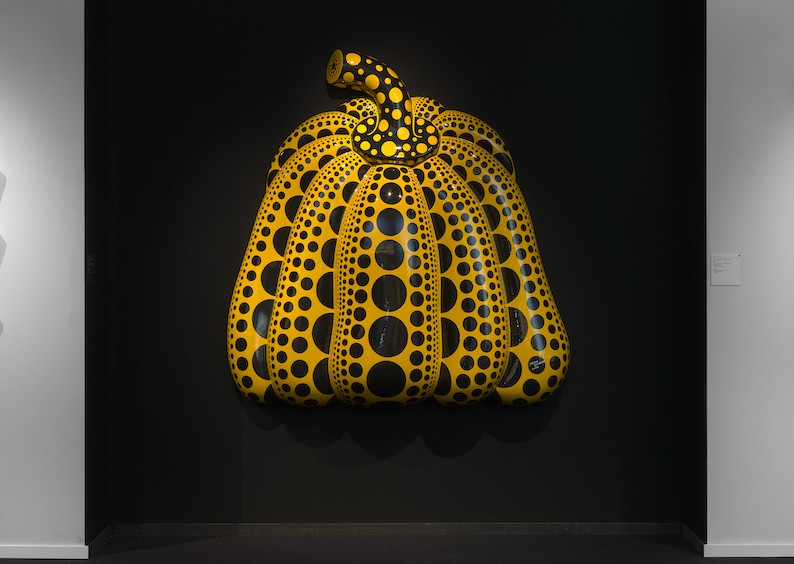 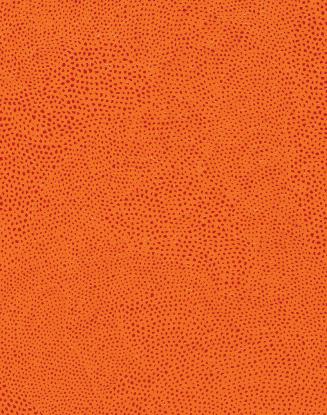 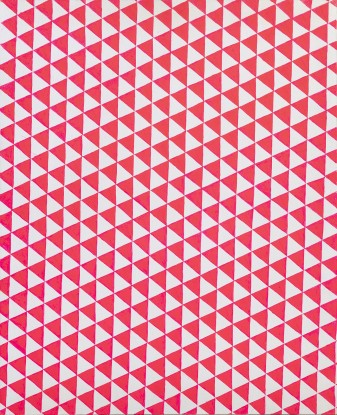 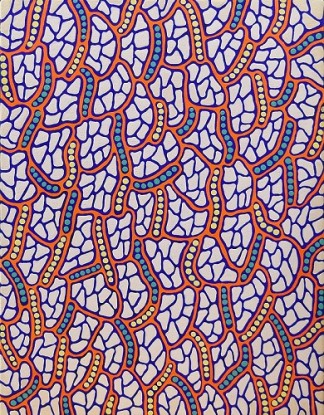 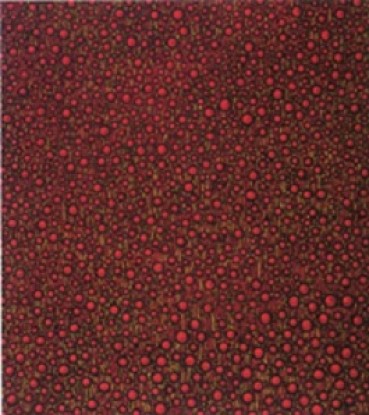