Born in 1974 in the southern Province of Guilin, in China, Li Tianbing studied at the Institute of International Relations in Beijing before relinquishing a diplomatic career that was already fully mapped out, as he wished to fully devote himself to his passion for art. At the age of 22, he therefore attended the École nationale supérieure des Beaux-Arts in Paris, from which he graduated six years later with distinction. Today, he lives and works between Paris and Los Angeles.

Li Tianbing’s body of work is characterized by the dual influence of the Far-East and the West: the first being a legacy of Chinese painting imbued with Taoism, the second coming from the teachings of art professors such as Vladimir Veličković, Christian Boltanski and Giuseppe Penone while he studied at the Fine Arts School in Paris. His work was marked by a pivotal moment in 2006, when he compiled a family album comprising portraits of him as a child, for the purpose of denouncing the one-child policy, thus depicting an imaginary family through replications of himself. He henceforth developed a new visual language in which portraits abound, creating through his art a dialog between reality, imagination and fantasy.

When working on his compositions, Li Tianbing essentially uses oil paint; however, another of his main means of expression remains drawing with Indian ink. He also enjoys working with watercolours, alternating between Chinese and European paintbrushes. Today, Li Tianbing’s works of art are found both in public and private collections: The Hong Kong Arts Centre, the M+ Museum and the Uli Sigg Collection in Hong Kong; the China National Museum of Fine Arts and the Ullens Collection in Beijing; the Fondation Carmignac in Porquerolles, France; the Minneapolis Institute of Art, the Denver Art Museum, and the Asia Society in New York, USA; the Red Mansion Foundation in London, UK. 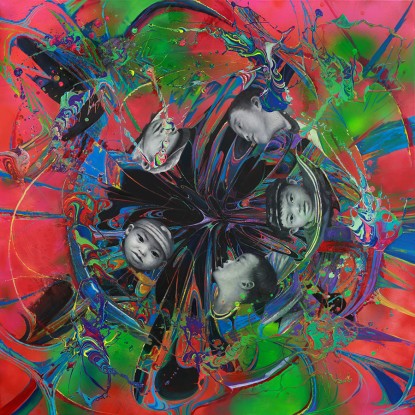 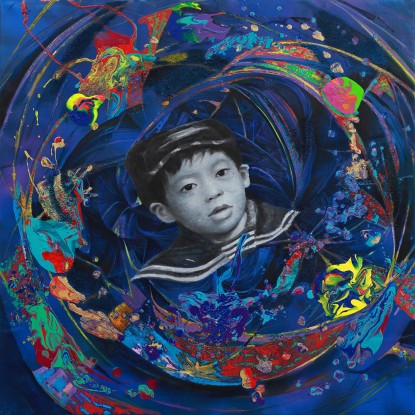 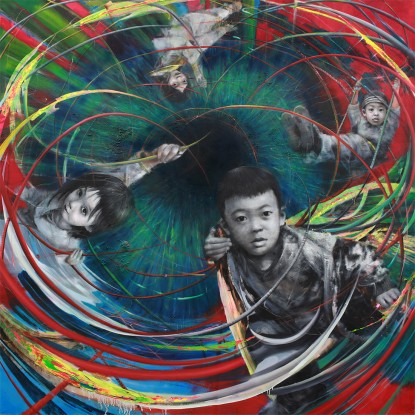 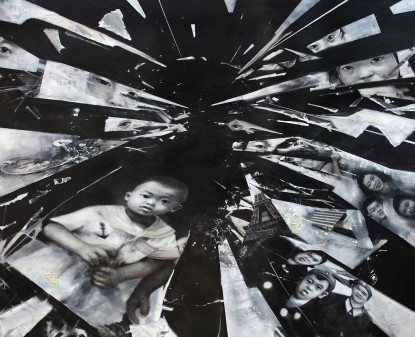 Li Tianbing,  The Passing of the Fragment, 2021 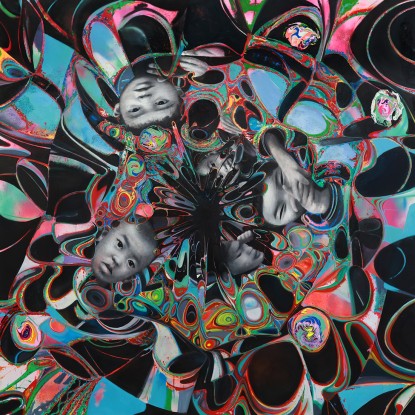 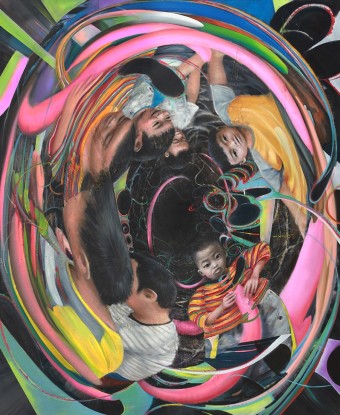