Italian artist Turi Simeti was born in 1929 in Alcamo, Sicily. An autodidact painter, he moved to Rome in 1958 and began his artistic career. He died in Milan Italy in 2021.

Turi Simeti played an active role in the Zero art movement of 1960s and 1970s. Still actively creating today, he is considered a true pioneer of 20th and 21st Century Italian art. Minimalist in conception, for the last 50 years, Simeti's work has comprised of dynamic patterns of ovals that dance across the monochromatic surfaces of shaped canvases. This focused combination of color and shape speaks to his concern with emphasizing the physical presence of the artwork itself, rather than an expression of the artist's voice.

Since 1965, after an exhibition in the atelier of Lucio Fontana in Milan called "ZERO Avantgarde", Turi Simeti's artwork has been presented in numerous solo and group exhibitions. Among the most interesting are the exhibitions at the Solomon R. Guggenheim Museum in New York or at the Peggy Guggenheim Collection in Venice. His work is included in prominent collections, including the MAM in Rio de Janeiro, Brazil; the Museo d'Arte Moderna di Bolzano, the Galleria Civica, Turin, the Galleria Nazionale d'Arte Moderna e Contemporanea, Rome, the Museo del Novecento, Palazzo Reale, Milan in Italy;  the Mittelrhein-Museum, Koblenz, the Museum Ritter, Waldenbuch and the Wilhelm-Hack-Museum in Ludwigshafen, in Germany. 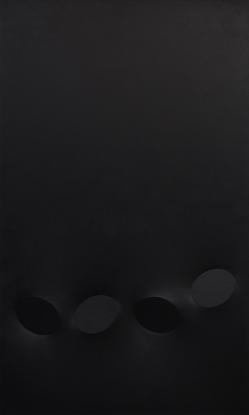 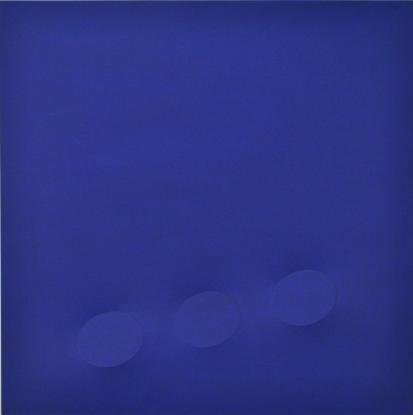 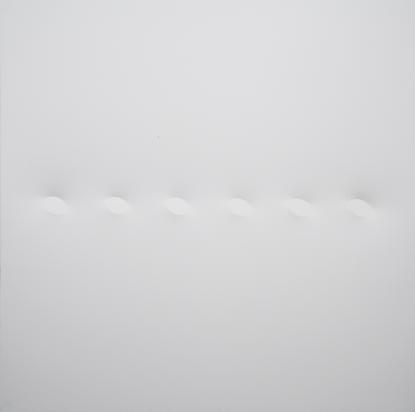 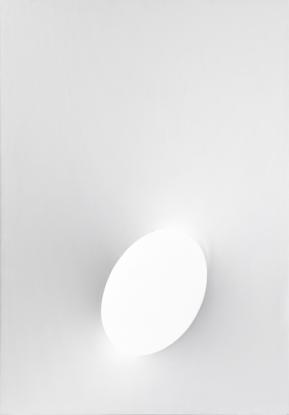 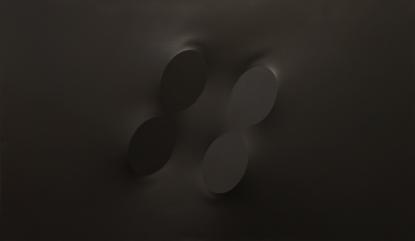 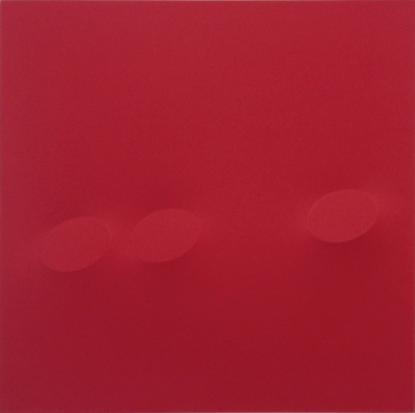