One of the most internationally established contemporary Spanish painter, sculptor and draughtsman, Manolo Valdés was born in Valencia in 1942. He attended the Real Academia de Bellas Artes de San Carlos de Valencia and began his career in the 1960s as one of the founding members of Equipo Cronica, a group of artists who took inspiration from Pop Art to challenge the Spanish dictatorship of Franco and the History of Art itself. When the movement ended in 1981, Valdes continued his own artistic exploration centered on the appropriation and reinterpretation of masterpieces. He currently lives and work between Madrid, Spain and New York city, USA.

Manolo Valdés has developed an individual style that reviews History without detracting from the original subject. Quoting figures from well-known works of art by old masters such as Velázquez, Rembrandt, Rubens, and Fra Angelico, as well as twentieth-century masters such as Matisse, Picasso, and Lichtenstein, Valdés revitalizes these familiar images by taking them out of their original context. In both paintings and sculptures, he inflates the figure's size, abstracting form and minimizing detail, while incorporating a lot of roughly applied paint and unusual materials. The timelessness of the image as the axis of the visual experience is the determining factor in his creations. In his works, image and matter are fused in a body of work that wanders between Pop Art and material art, between social and political commitment and a continuous search for reinvention.

Valdés has received numerous awards, including the Lissone and Biella in Milan in 1965; the silver medal in the second International Prints Biennial in Tokyo; an award from the Bridgestone Art Museum in Lisbon; the Alfons Roig Award in Valencia; the National Award for Plastic Arts in Spain, the Medal of the Order of Andrés Bello in Venezuela. He has had numerous solo and group shows internationally in galleries and museums alike and his work is part of prestigious private and public collections, notably the de Young Museum of San Francisco; the Peggy Guggenheim Collection, Venice, Italy; the Hamburger Kunsthalle, Hamburg, Germany; the Menil Foundation, Houston, Texas; the Metropolitan Museum of Art, New York; the Modern Museet Art, Stockholm, Sweden;the  Musée National d'Art Moderne, Centre Georges Pompidou, Paris, France; the Museo Nacional Centre de Arte Reina Sofía, Madrid, Spain; the Museum of Fine Arts, Houston, Texas and the Museum of Fine Arts, Boston, Massachusetts just to name a few. Manolo's iconic sculptures are exhibited outdoors in the parks and gardens of major cities such as the New York Botanical Gardens, Hofgarten, Dusseldorf and Chatsworth House, UK. 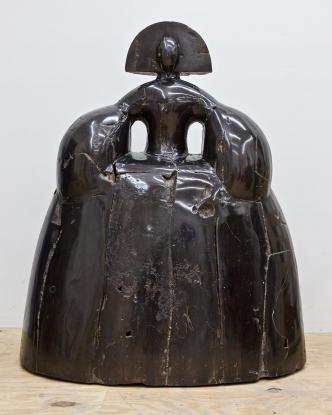 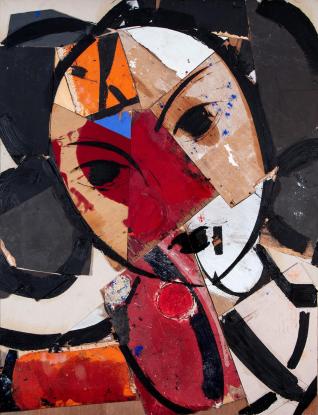 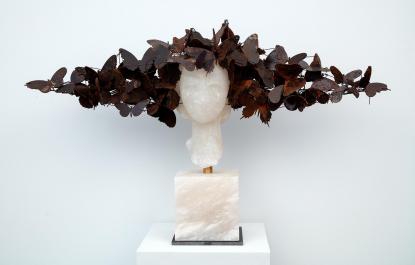 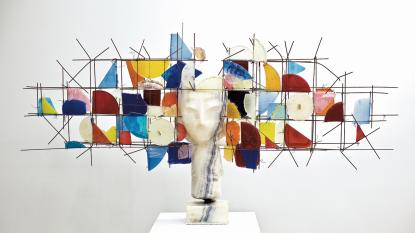 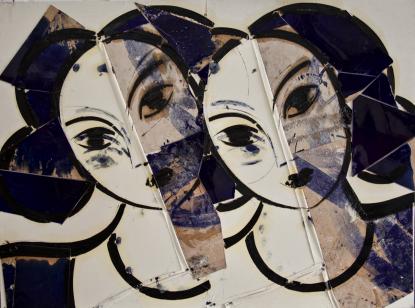 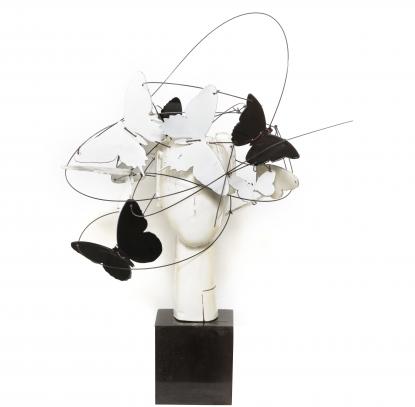