British sculptor Tony Cragg was born in Liverpool in 1949. He began his education by focusing on technical studies that led him to work in a biochemistry laboratory before embarking on his art studies. He holds a BA from Wimbledon School of Art, London, UK (1973) and an MA from the Royal College of Art, London, UK (1977). He has been residing in Wuppertal, Germany since 1979, and teaches at the Düsseldorf Academy of Fine Arts.

Cragg is one of the world's most distinguished contemporary sculptors, drawing on both the natural world and industrial systems to create new forms of sculptural language. He garnered attention in the 1980s through his pioneering artistic projects, which probed the limits of materials, concepts and forms. Cragg's background in science has continually informed his work. His sculptures, diverse in their material and form, bear witness to a scientific curiosity that has driven him to test, trial and question. In his recent works, he has been pushing towards a new abstracted understanding of the figure, playing with the notion of compression and expansion in the use of totemic structures where the appearance of the human profile is often a reclusive aspect of the overall structure. 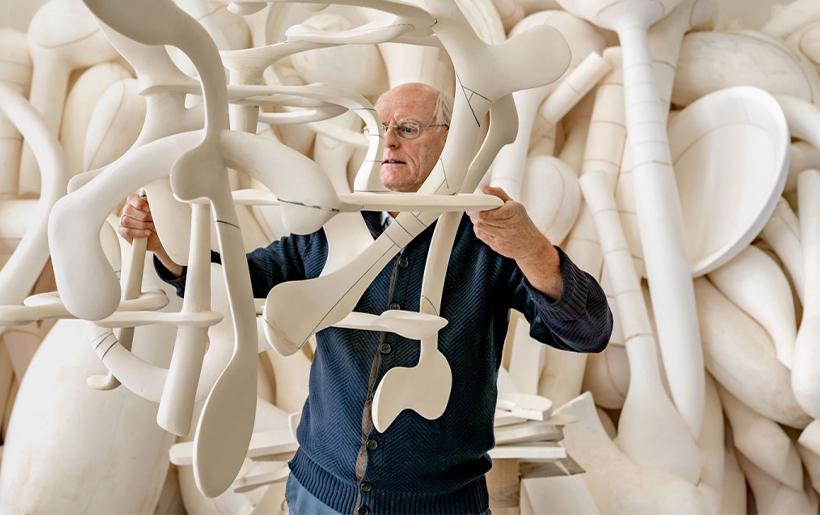 wood on metal base 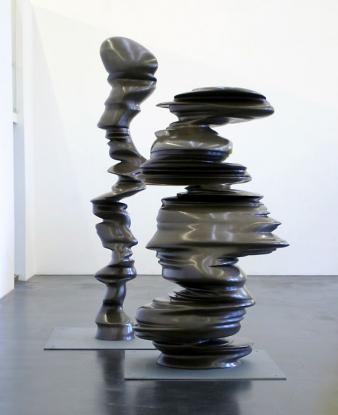