Born in Bia, Hungary, in 1922, Simon Hantaï studied at the Budapest School of Fine Arts. In 1948, he received a government grant to study in Paris, where he eventually settled. He became a French citizen in 1966 and went on to represent his adopted country at the Venice Biennale in 1982. He famously retreated from public life thereafter, living as a recluse until his death in his Parisian home in 2008.

Simon Hantaï is best known for his large, abstract canvases of profound, saturated color. Though he initially fell in with the Parisian Surrealists, he broke with the group in 1955 and abandoned figurative painting. In the 1960's, informed by Jackson Pollock's gestural abstractions, Hantai developed his signature method of folding canvas and covering it in paint, which when opened revealed a distinctive pattern of color and negative space: a technique he called "pliage," or folding. He created eight series of paintings using this technique during the rest of his career, by varying the handling and the dimensions of the support as well as the colors and their application.  The rendering appeared sometimes as a network of crisp creases of unpainted canvas spanning the composition, and at other times as a monochrome mass manifesting in the center of an unprimed canvas. 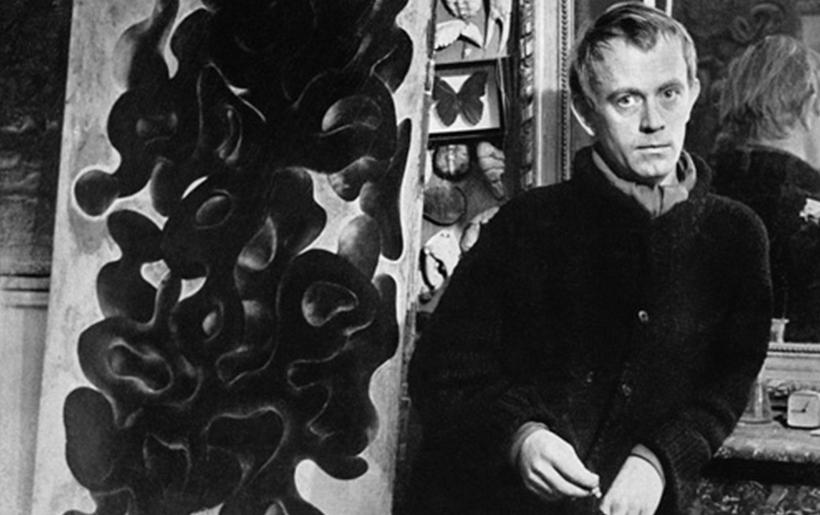 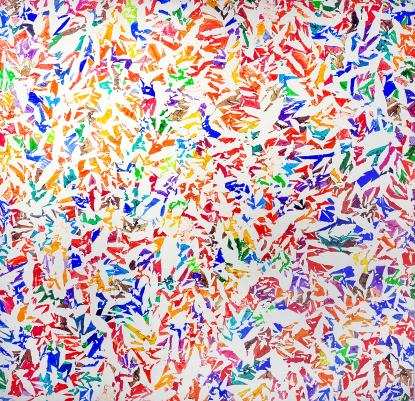 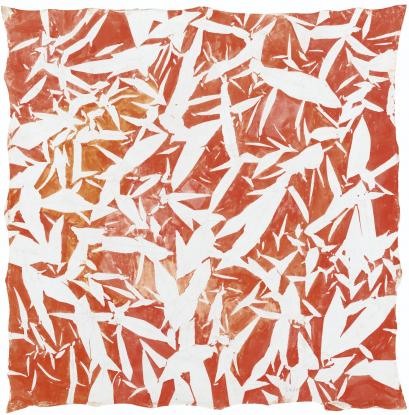 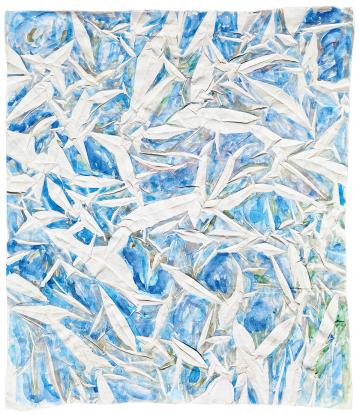 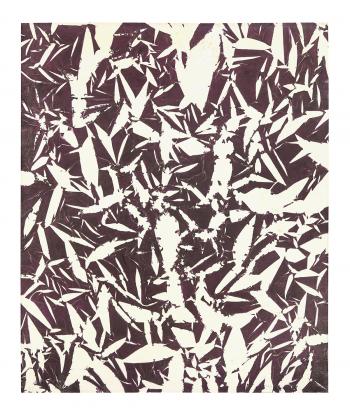 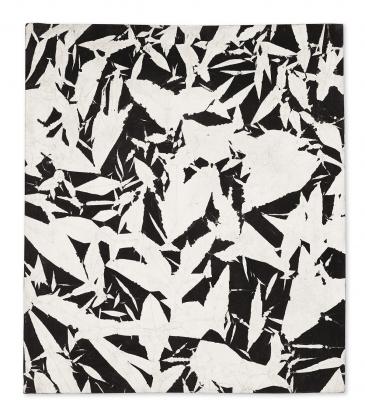