Born in 1970 in Charleston, South Carolina, Shepard Fairey is an American street artist, graphic designer, activist, illustrator, and founder of OBEY Clothing, who emerged from the skateboarding scene. He attended the Idyllwild Arts Academy in Palm Springs, California and first became known for his "Andre the Giant Has a Posse" (OBEY) sticker campaign while attending the Rhode Island School of Design, from which he earned his Bachelor of Fine Arts in 1992. He currently lives and works in Los Angeles, California.

Fairey blurs the boundary between traditional and commercial art through type and image, communicating his brand of social critique via prints, murals, stickers, and posters in public spaces. Responsible for the most successful presidential campaign poster of all time (Obama's unauthorised Hope image), he is behind some of the world's most instantly-recognisable street art. The Institute of Contemporary Art in Boston has described him as one of the best known and most influential street artists of the 21st century for his "bold iconic style that is based on styling and idealizing images. 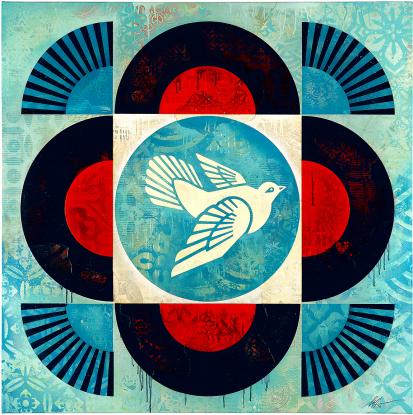 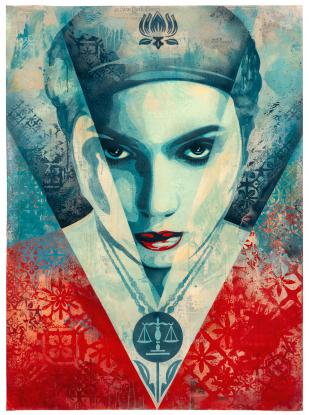