Born Roberto Sebastián Antonio Matta Echaurran in 1911 in Santiago, Chile, Matta studied architecture and interior design at the Pontificia Universidad Católica de Chile. He left his native country for Paris in 1931. Later on, he lived in New York for ten years and in 1948, definitely settled in Europe, spending much of the rest of his life between Paris and Rome. He died in 2002 in Civitavecchia, Italy.

Fascinated by the fluctuating energy of the universe and rejecting the notion of a single vantage point, Matta created paintings and drawings with complex, dynamic space eventually incorporating social commentary into his work through figurative imagery. His work functions as a bridge between Surrealism and Abstract Expressionism, and between the European avant-garde and its American counterpart in 20th century Modernism. He is considered one of the greatest Surrealists and is widely acclaimed for his critical influence on the development of Abstract Expressionism.

In 1958, Matta was commissioned to create a large mural in the UNESCO building in Paris. This was one year after the MoMa in New York opened a retrospective of his work, which traveled to the Walker Art Center, Minneapolis and the Institute of Contemporary Art, Boston. Matta's first retrospective in Europe was held at the city museum of Amsterdam in 1964, followed by retrospectives at the National Gallery in Berlin in 1970, and the Centre Pompidou in 1985. Today, Matta's works can be found in leading museums, such as the Stedelijk Museum, Amsterdam; the Museum of Modern Art, New York; the Brooklyn Museum, New York; and the Tate Britain, London. 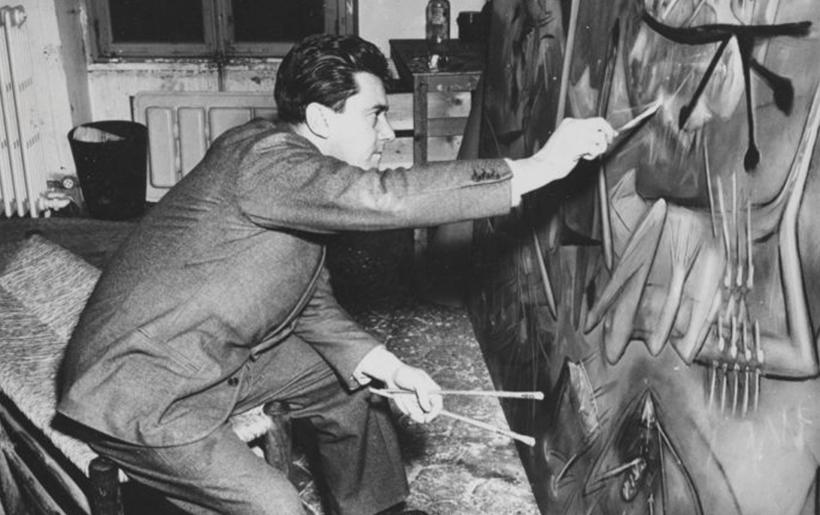 Roberto Matta in his studio circa 1956 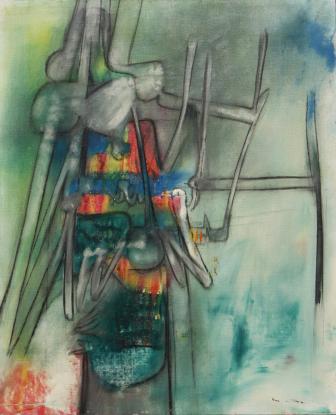 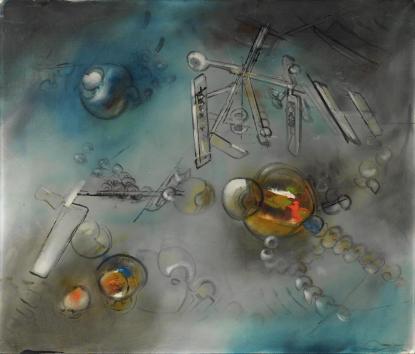 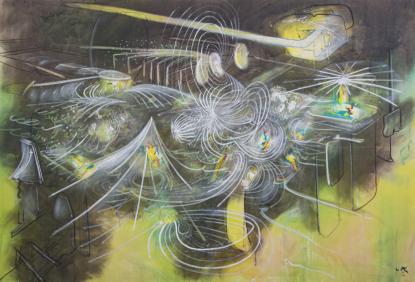