A painter, sculptor and ceramicist, Joan Miró was a major figure of twentieth century art, who was born in 1893 in Barcelona, Spain. After graduating from business school, he attended two art academies in Barcelona, completing his education at the Escola d'Art. From 1920 onward, he lived and worked alternatively in Paris and in Spain, where he definitely settled in 1956. He passed away aged 90 in Palma, Spain in 1983.

Early works by Miró reflect his focus on Fauvism and Cubism and the influence of the powerful, flat two-dimensionality of Catalan folk art and Romanesque church frescoes of his native Spain. In his mature style, which soon became a hallmark of Surrealist art, Miró drew on memory, fantasy, and the irrational to create works of art that are visual metaphors of surrealist poetry, paintings that became known as 'peinture-poésie.' These dreamlike visions, with gestural abstract signs and symbols as well as written words, have a whimsical or humorous quality but also appeal to an art of the spirit. The forms in the paintings from this period, amorphous amoebic shapes termed biomorphic, are usually painted in a limited range of bright colors, primarily blue, red, yellow, green, and black.

Miró's fame and recognition became international during the 1930's and during his lifetime retrospectives took place at the Museum of Modern Art, New York in 1941, Musée National d'Art Moderne, Paris (1962); Grand Palais, Paris (1974) and in 1978 the Musée National d'Art Moderne, Paris, exhibited over five hundred works in a major retrospective of his drawings. Miró's works in public spaces include the Miss Chicagosculpture, Chicago; Figure and Birds, Houston; Project for a Monument, Milan; the ceramic mural on the front of the Palacio de Congresos, Madrid; two ceramic murals, Wall of the Sun and Wall of the Moon, at Unesco headquarters, Paris; and Lovers Playing with Almond Blossom in La Défense, Paris. Other works can be found at the Fondation Maeght, in Saint Paul-de-Vence; the Guggenheim Museum, MoMA and the Metropolitan Museum of Art, New York; the National Gallery of Art, Washington D.C.; the Philadelphia Museum of Art; the Museo Nacional Centro de Arte Reina Sofía, Madrid; and the Centre Pompidou, Paris, among others. In 1975, he founded the Fundacio Joan Miró in Barcelona with the idea of encouraging younger artists to experiment with contemporary art. In October 2018, the Grand Palais in Paris opened the largest retrospective devoted to the artist until this date. 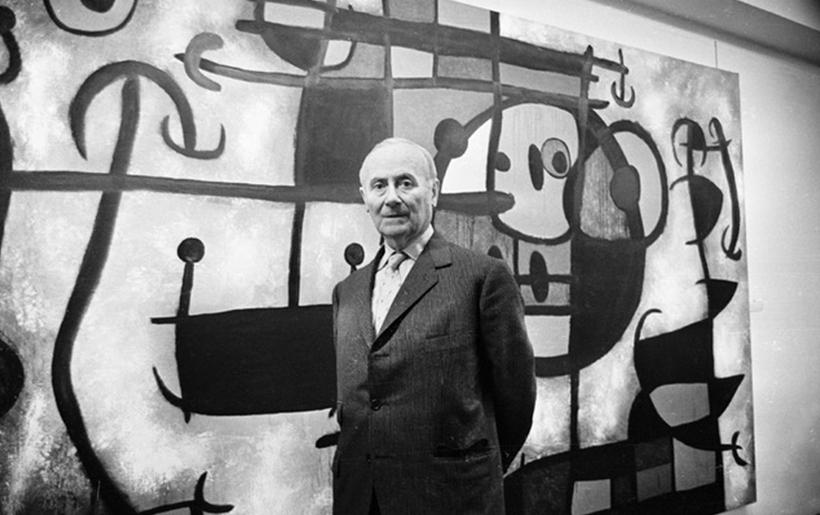 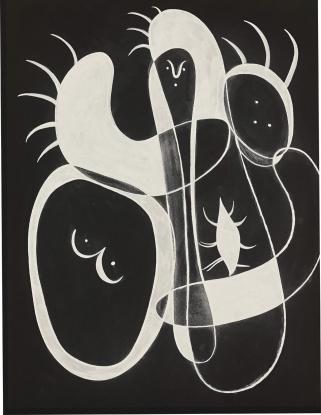 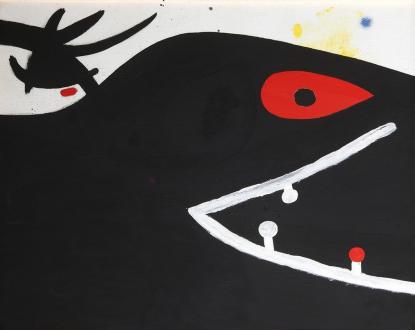 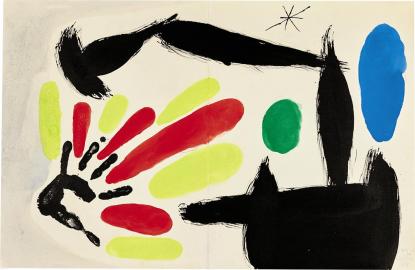 Gouache and india ink on paper laid on board 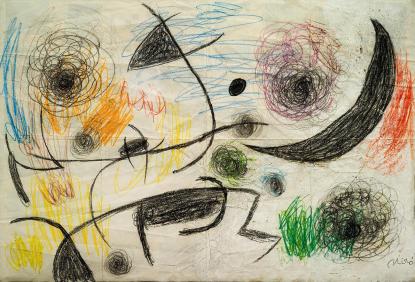 Drawing with pencil, wax and pastel crayons and oil on wrinkled paper 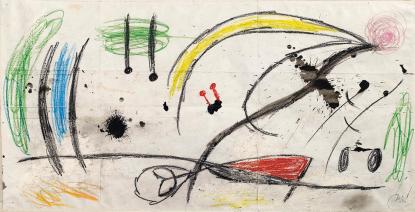 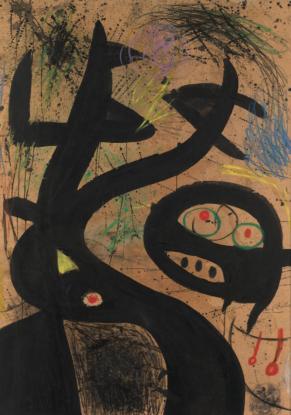 Gouache, pastel and ink on board 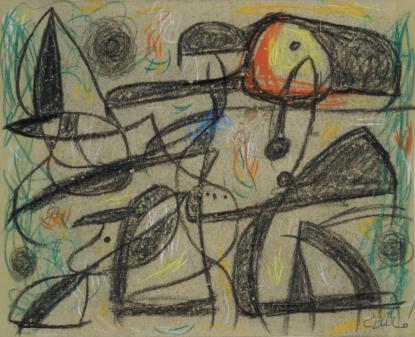 Crayon and pastel on paper 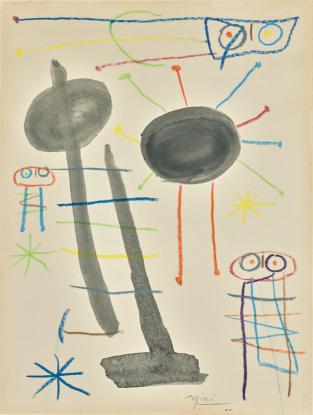 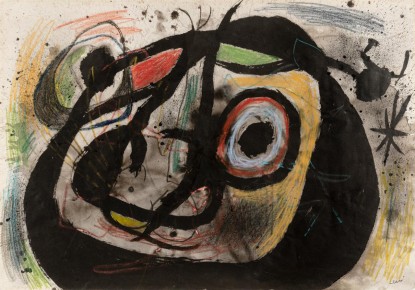 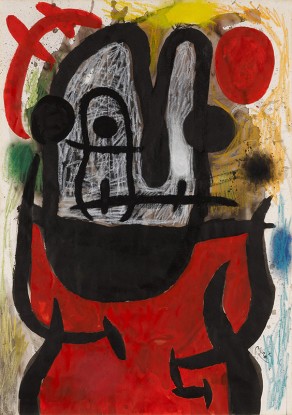