Known as the painter of "black and light", Pierre Soulages was born in 1919 in Rodez, in the South of France. As a child, he was fascinated by the Celtic carvings, prehistoric cave art, and Romanesque architecture and sculpture of his native region and these early impressions continued to surface throughout his career.

In 1938, he enrolled in the École Nationale Supérieure des beaux-arts, Paris, but he was disappointed by the traditional instruction and soon moved back to his hometown. After World War II, Soulages returned to Paris, where he was able to fully concentrate on painting, and soon became one of the pioneers of post-war abstract painting. Today, he is considered one of the most innovative painters of the 20th century. He passed in October 2022 at the age of 102. Soulages' first groundbreaking work was the 'Broux de noix' series (Walnut Stains) (1947–1959), made using walnut stain—commonly reserved for furniture—instead of paint.
These paintings attracted attention not only for their use of an unconventional and inexpensive material but also for the bold and restrained energy embedded in them. Black progressively conquered the surface of Soulages's calligraphic abstract paintings, which also incorporated subtle hints of color (mainly ocher and blue). His aesthetics radically shifted toward monochrome in 1979, when he initiated his lifelong series Outrenoir. Literally translating as "beyond black," Outrenoir opened onto a new realm that transcended purely gestural and monochromatic abstraction. Systematically applied in thick layers on canvas, black paint was meticulously scraped, striated, and overall sculpted to create smooth or rough areas that reflect light in various ways. By masterfully turning black into a luminous colour, Soulages powerfully evoked the genesis of the world, which came out of darkness. For more than seven decades, Soulages was exhibited internationally and regularly.

He was honored with two retrospectives in France, at the Musée d'Art Moderne de la Ville de Paris in 1996, and at the Musée National d'Art Moderne in 2009. In 2001, he was the first living artist to be given a full-scale survey at the Hermitage Museum, Saint Petersburg, and in 2014, the Musée Soulages opened in the artist's hometown of Rodez, housing five hundred paintings spanning Soulages's career. 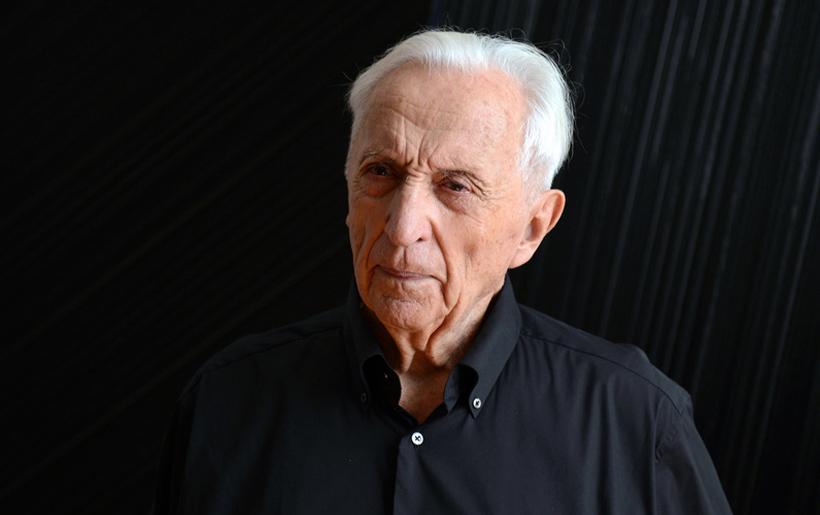 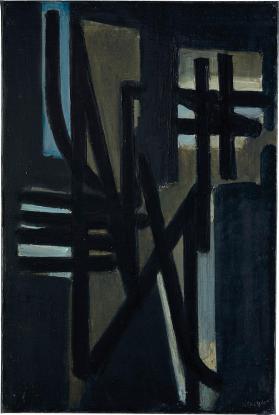 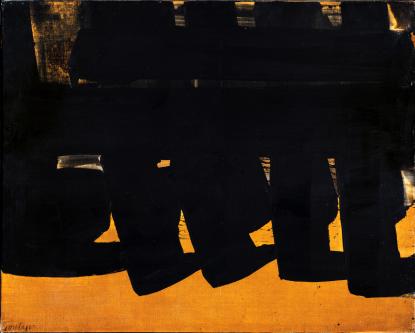 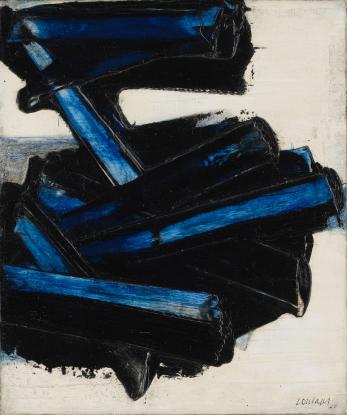 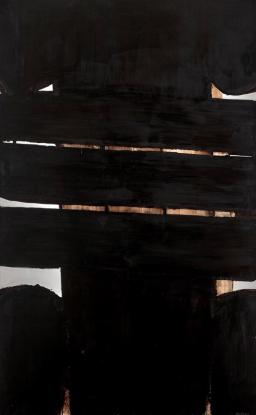 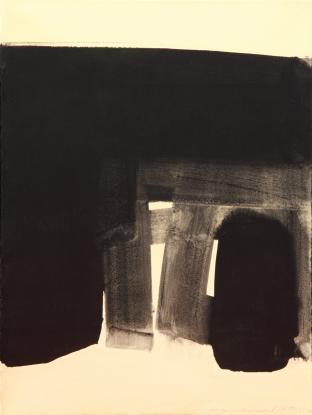 Gouache on paper laid on canvas 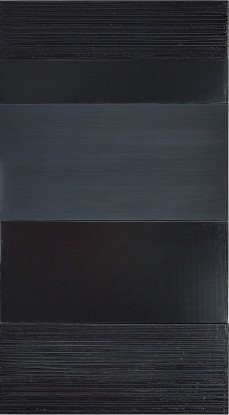 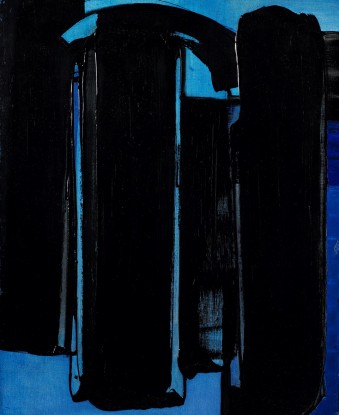 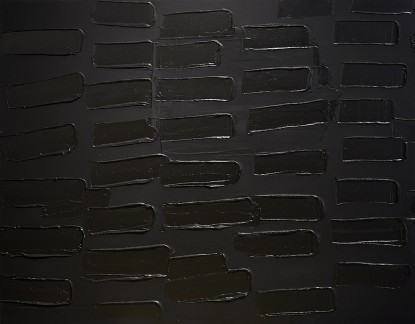 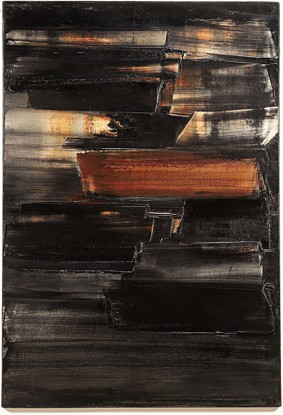