Across a nearly six-decade career, Karel Appel established a distinct aesthetic that made him one of the most influential Dutch artists in the latter half of the twentieth century. Born in 1921 in Amsterdam, Netherlands, he studied at the Rijksakademie van Beeldende Kunsten. Appel left the Netherlands in the 1950's, travelled extensively and lived and worked in New York and Europe. He passed away in 2006 in Zürich, Switzerland.

A founding figure of CoBrA in 1948, a movement that rejected rationalism and geometric abstraction, Appel experimented widely, across painting, sculpture, drawing, and stage design, distinguishing himself for his astonishing capacity to innovate. He never settled in a signature style, media or subject. Going beyond his classical, academic training, Appel looked at folk art, as well as the uninhibited work of children and the mentally ill, whilst also drawing from jazz's spirit of improvisation.  Oscillating between realism and an emotionally charged, robustly active, and spontaneous abstraction, Appel adopted a material-oriented approach in his practice, and promoted a genuine form of expression. 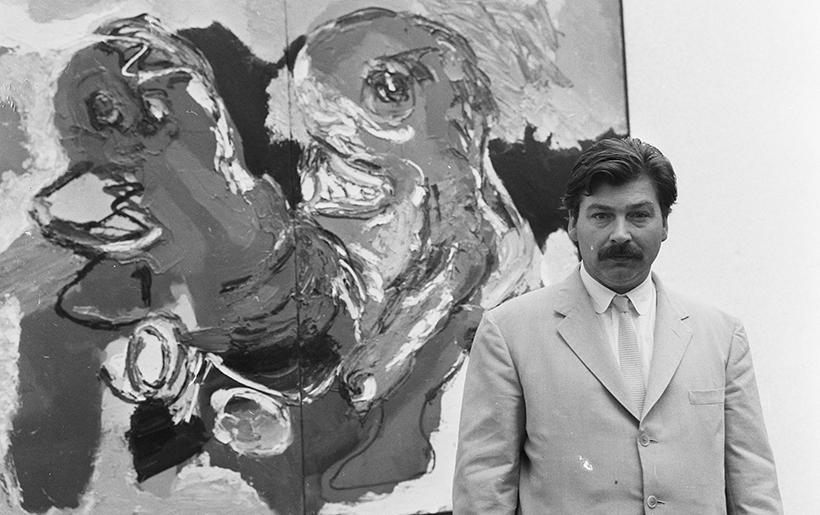 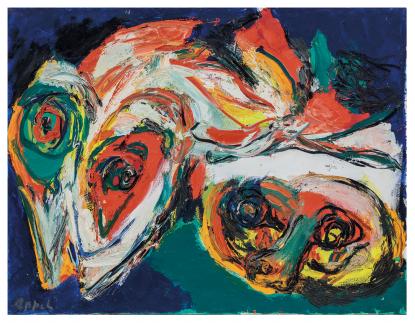 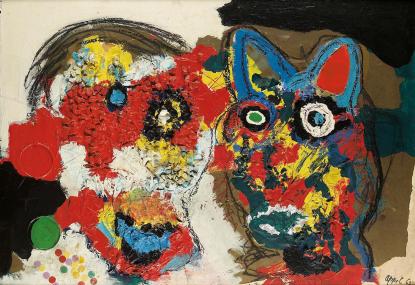 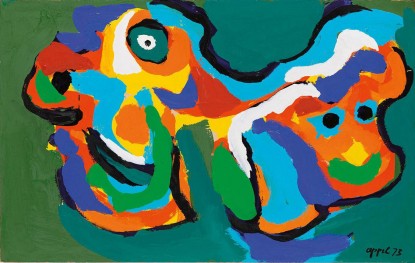 Acrylic on paper laid on canvas 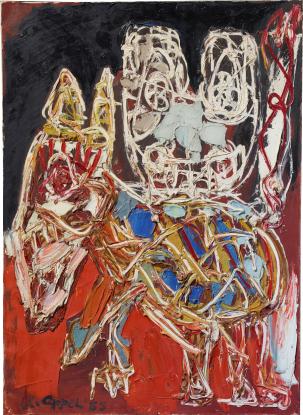 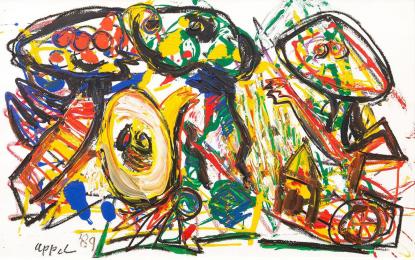 Acrylic and crayon on paper 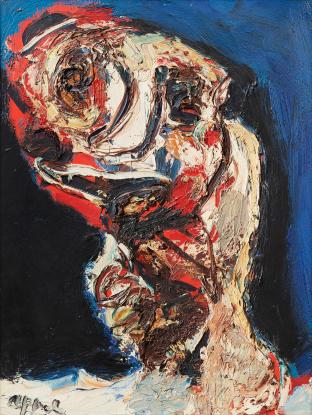 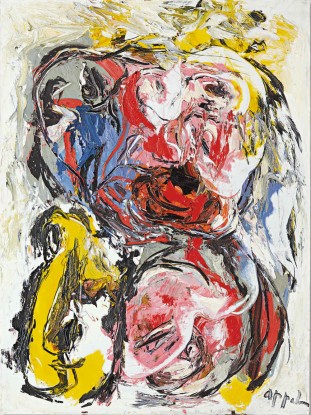 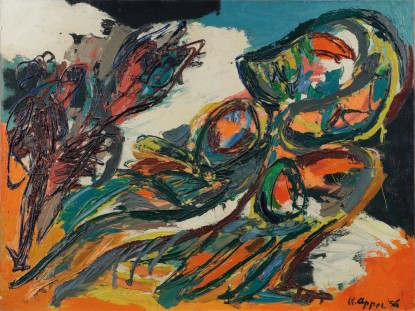 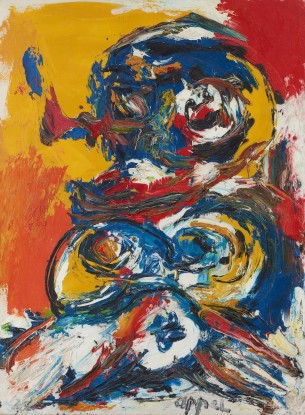 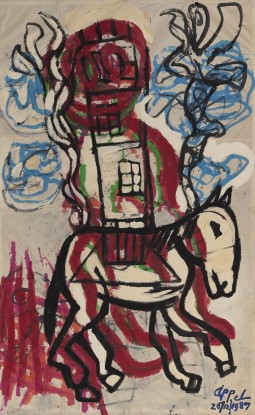 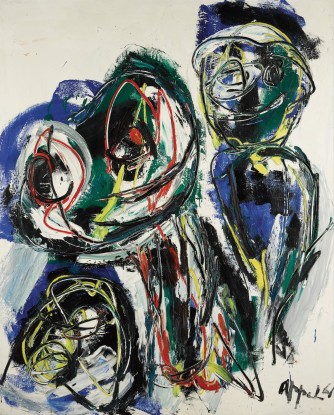 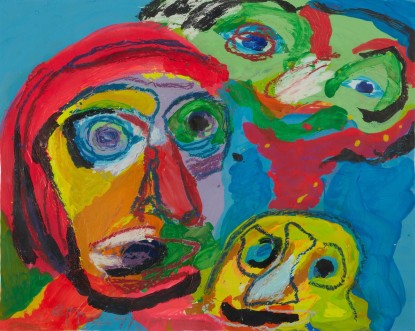 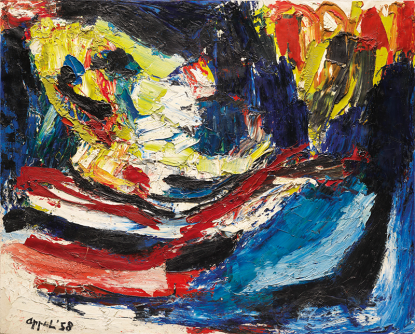