Born in Vienna, Austria in 1938, Hermann Nitsch studied graphics at the Institute of Graphic Arts in his hometown. As a painter, performer, composer photographer and scenographer, he was one of the most influential artists of his generation. He passed on April 18th, 2022.

Considered a key figure in Viennese Action Painting of the 1960s, Hermann Nitsch continued to use this radical method of painting, essentially through his creation of the Orgien Mysterien Theater, a concept of ceremonial performance art comparable to Wagner's Gesamtkunstwerk (total art work). This total art form calls to all five human senses and advocates for a profound existentialist reflection. Hermann Nitsch created his paintings using his entire body. Therefore, they were simultaneously the origin and the result of his performances. Combining oil and acrylic paint of a certain hue, he spread it on canvas using unconventional tools as well as his hands, feet and whole body movements. Through these actions, Nitsch demonstrated his energetic, spiritual, sensual and passionate persona. Chaos and violence, which accompany his work, are in fact a celebration of life and  mirror the human soul.

His artworks are permanently exhibited in the two Nitsch Museums located in Mistelbach, Austria and Naples, Italy as well as in the Nitsch Foundation in Vienna. His paintings are displayed in many major art galleries and museums throughout the world and are included in the permanent collections of the MOMA, the Metropolitan Museum of Art and the Guggenheim Museum, New York, the Centre Georges Pompidou, Paris, the Tate Gallery, London and the Stedelijk Museum, Amsterdam as well as the Pinakothek der Moderne, Munich, just to name a few. 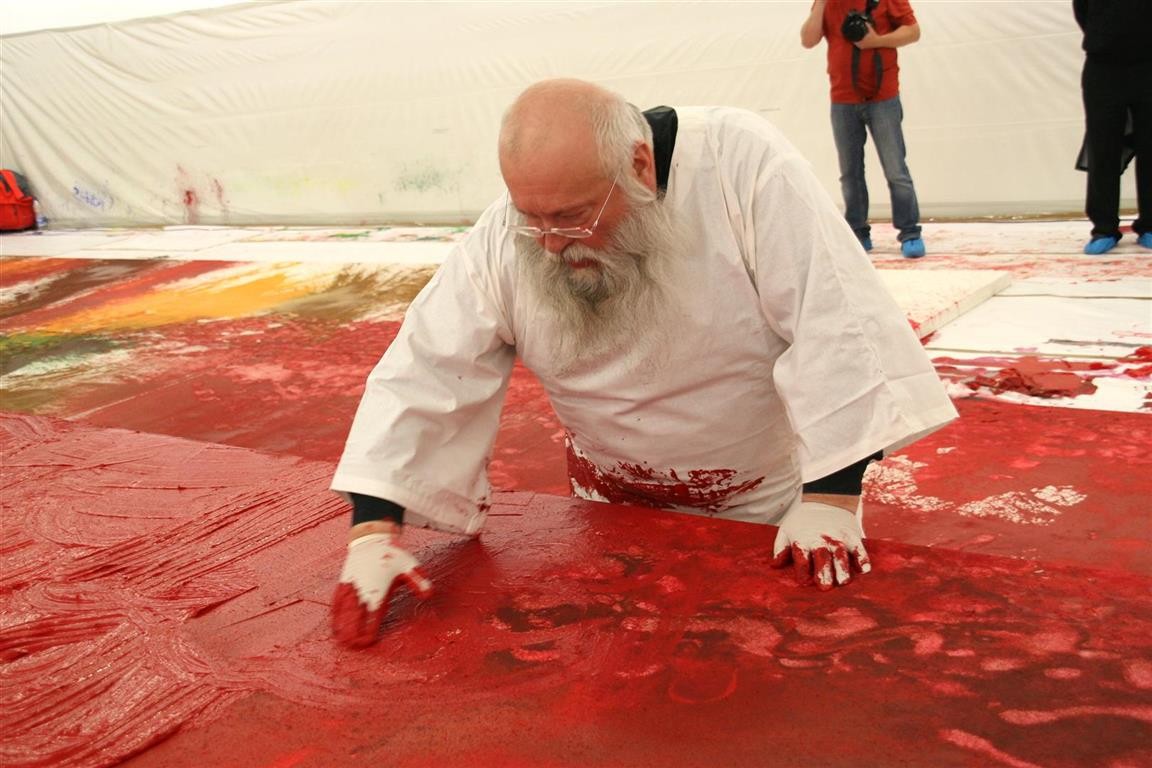 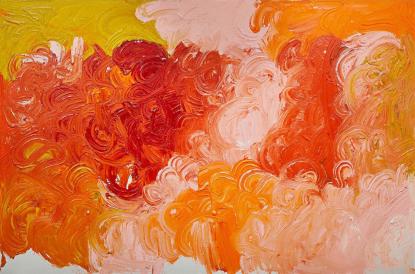 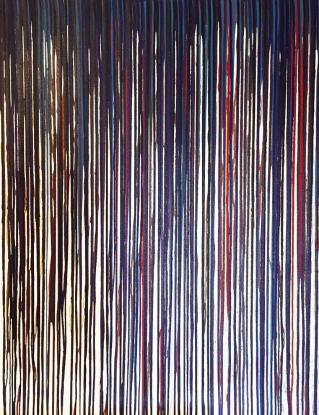 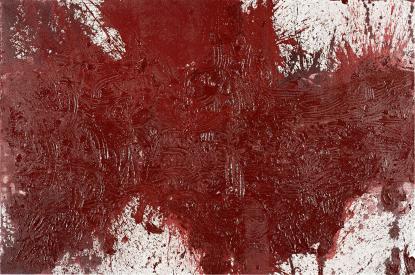 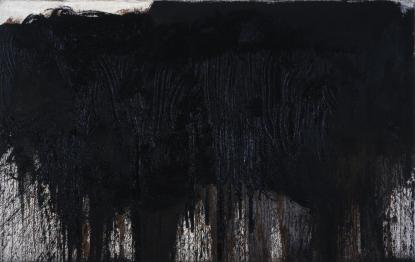 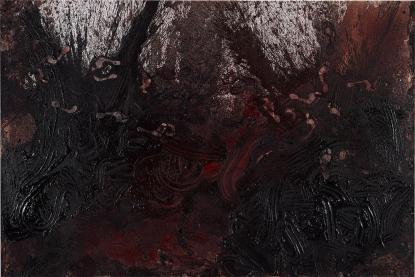 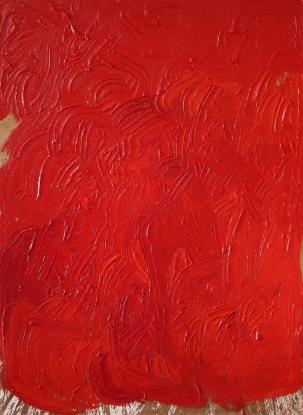 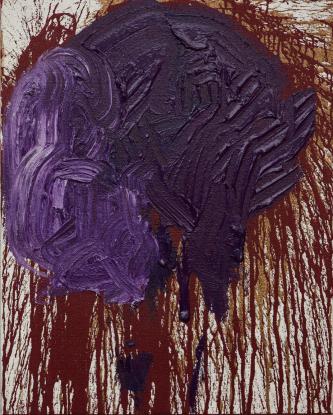 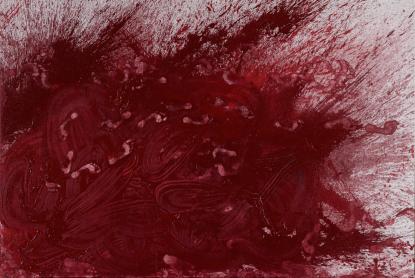 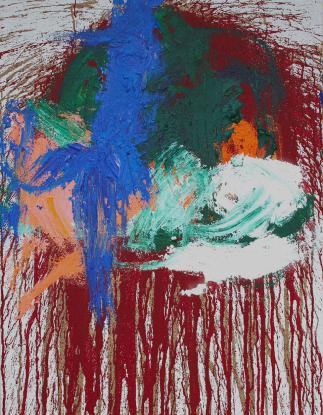 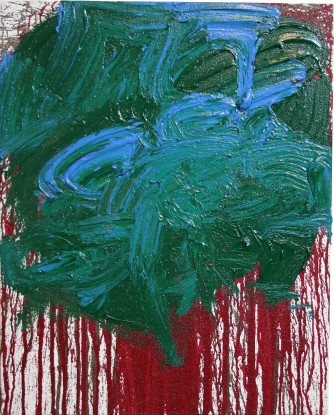 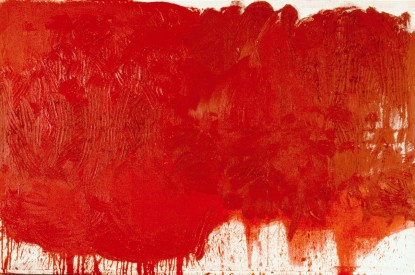 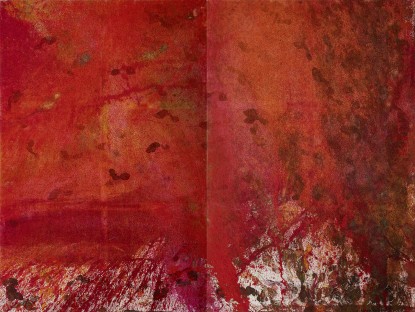 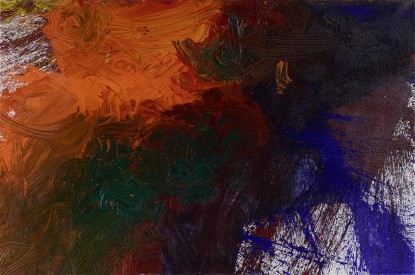 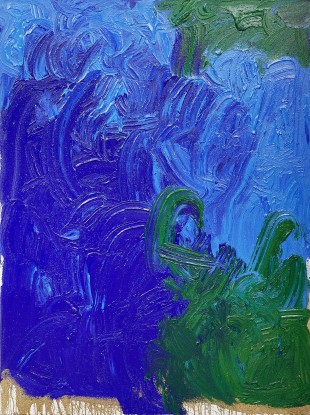 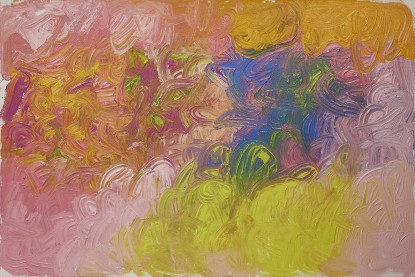 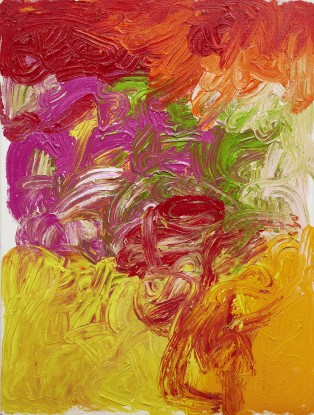 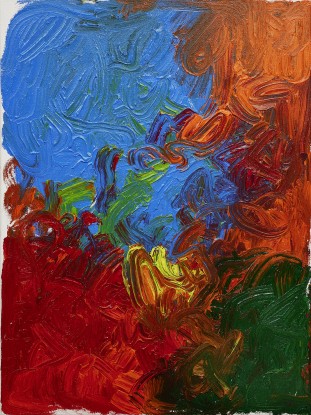