The leading figure of the Fauvist movement at the turn of the 20th century, Henri Matisse was born in 1869 in Le Cateau-Cambrésis, Northern France. He initially trained in law, and only began painting in the 1890's, studying between 1892 and 1897, first at the Académie Julian and then at the Ecole des Beaux-Arts, Paris. He mainly lived and worked in Paris and in the South of France, where he died in 1954.

Henri Matisse is widely regarded as the giant of modern art alongside friend and rival Pablo Picasso. Working as a painter, draughtsman, printmaker and sculptor for over five decades, he radically challenged traditional conventions in art by experimenting with vivid colors, flat shapes and distilled line. Rather than modeling or shading to lend volume to his pictures, the French artist employed contrasting areas of unmodulated color. Heavily influenced by the art and visual culture of non-Western cultures, his subjects ranged from nudes, dancers, odalisques, still-lifes and interior scenes and evolved into the graphic semi-abstractions of his cut-outs of his late career.

Matisse created several commissioned works, including a mural for the Barnes Foundation in Merion, Pennsylvania and decorations for the Chapelle du Rosaire in Vence, near Cannes, in the South of France. His works have been exhibited by major museums and galleries across the world during his lifetime and after his passing. In 1952, the artist established the Matisse Museum (Musée Départemental Henri Matisse) in his home town, Le Cateau-Cambresis, France, that primarily displays his paintings. The Musée Matisse in Nice France, which opened in 1963 and the Baltimore Museum of Art, USA home to the largest public collection of Henri Matisse's works. Matisse's works can be found in the permanent collections of the Barnes Foundation, Philadelphia; the Musée National d'Art Moderne, Paris; the San Francisco Museum of Modern Art; the Museum of Modern Art, New York; the Detroit Institute of Arts; the National Gallery of Art, Washington D.C.; the Hermitage Museum, St. Petersburg; the Musée d'Orsay, Paris; the National Gallery, London; and the Albright-Knox Art Gallery, Buffalo, among others. 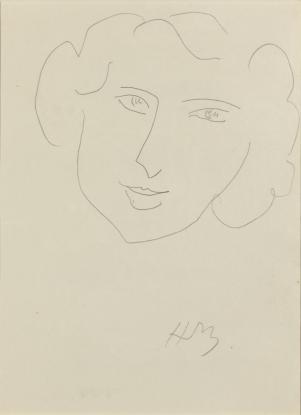