Bernard Buffet was French Expressionist painter born in 1928 in Paris. Highly precocious, he was admitted at the École Nationale Supérieure des Beaux-Arts in 1943 at the age of 15. He had his first solo show in Paris in 1947 and in 1948, at age 20, was awarded the Prix de la Critique. He took his own life after a prolonged battle with Parkinson's disease in 1999 in Tourtour, France at the age of 71.

Best known for his representational work, Buffet's paintings are often figurative, graphic, and central in their compositions. He developed over the years a distinctive style of elongated, spiky forms, somber colors, flattened spaces and an overall mood of loneliness and despair. His oeuvre revolved around ideas of art history, death, sexuality, popular culture, and politics while often directly referencing contemporary events and artists.

During his lifetime, he garnered widespread popularity and acclaim, including dozens of international exhibitions and honors such as being inducted into the Académie des Beaux-Arts in 1974. Today, his work can be found in several public collections including the Centre Georges Pompidou, The National Museum of Modern Art in Paris, the National Museum of Western Art, Tokyo, the Tate Gallery, London and a museum in Japan is devoted to his oeuvre. 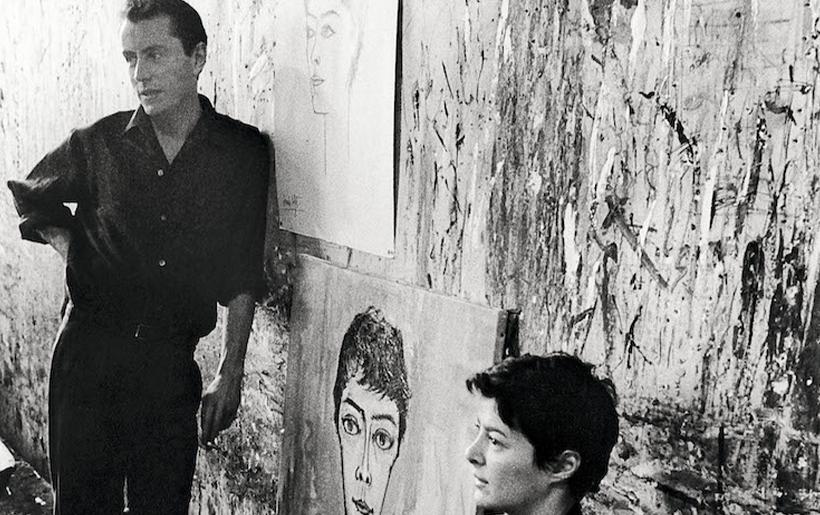 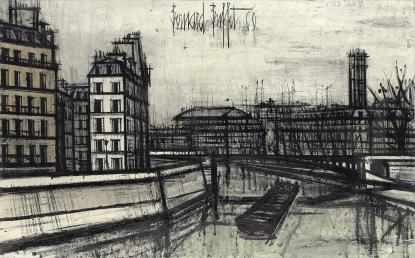 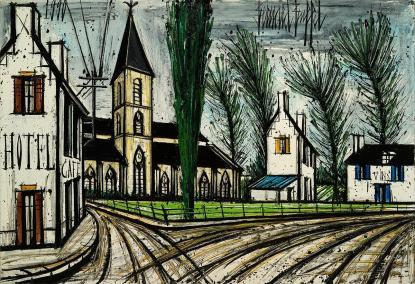 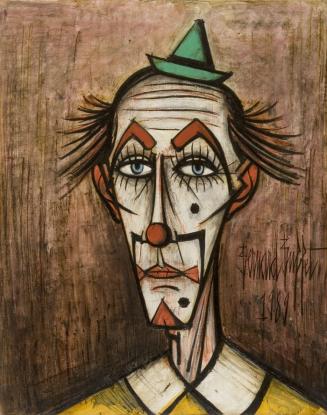 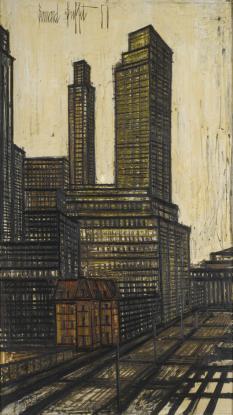