29 Septembre – 23 Octobre
Un art autre et au-delà (art of another kind and beyond) celebrates the great artistic kinship between the legendary art critic Michel Tapié and the Swiss gallerist Rodolphe Stadler and the years that followed. Their adventure together began with the opening of the Stadler gallery in Paris in 1955 and would last until 1970. The gallery was then an important hub for the promotion of Un art autre (art of another kind), a term coined by Michel Tapié. It defined a tendency in postwar painting that Tapié saw as a radical break with all notions of order and composition but supported the idea of a new aesthetic landscape rooted in dynamism, vitality and gestural freedom. When their collaboration ended, Rodolphe Stadler moved on to present performance and corporeal artists such as Hermann Nitsch. 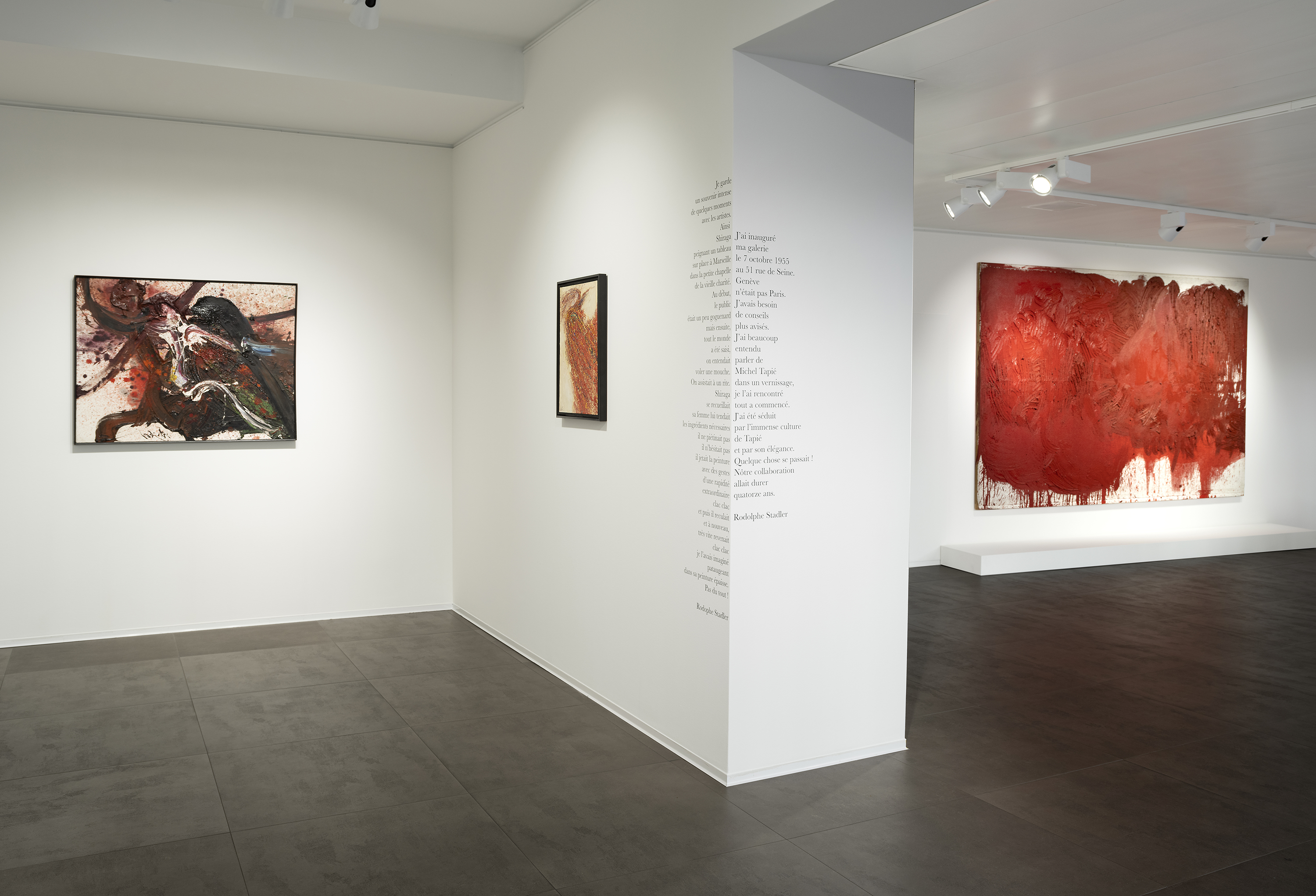 Kazuo Shiraga
T 39, 1961
Oil on canvas
91 x 116 cm - 35.8 x 45.7 in
Enquire
I have strong memories of moments spent with the artists. Once, Shiraga was painting a canvas in a small chapel of the old charity in Marseille. In the beginning, the audience was a bit mocking, but then they understood and became so quiet that you could hear a fly. We were witnessing a ritual. Shiraga was collecting his thoughts, his wife was handing him the necessary ingredients, he didn’t pace, didn’t hesitate, he threw the paint with extraordinarily quick gestures. Clac clac, and then he would step back, et then again; clac clac. I had imagined him wading in thick paint. It wasn’t that at all!
-Rodolphe Stadler 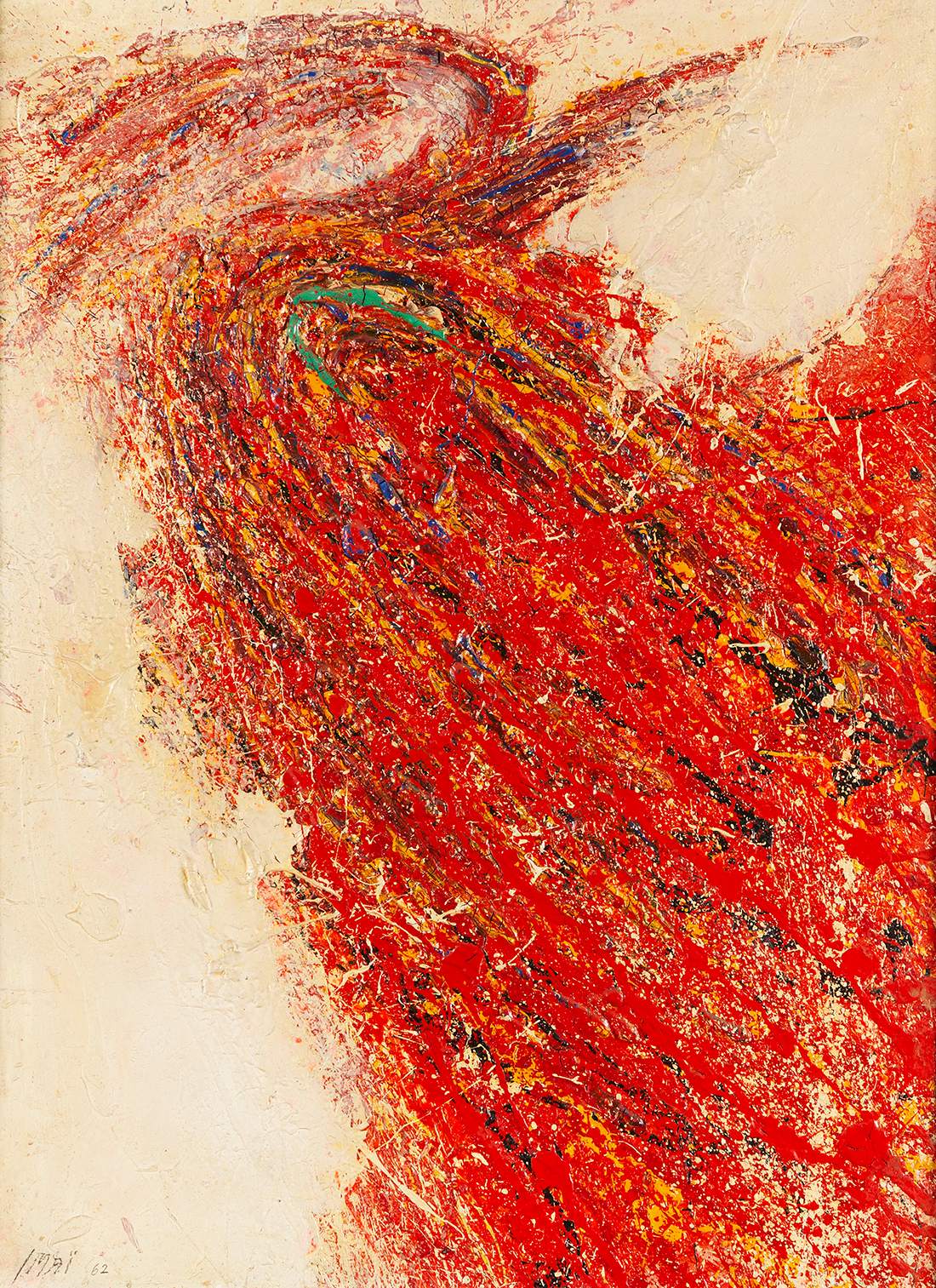 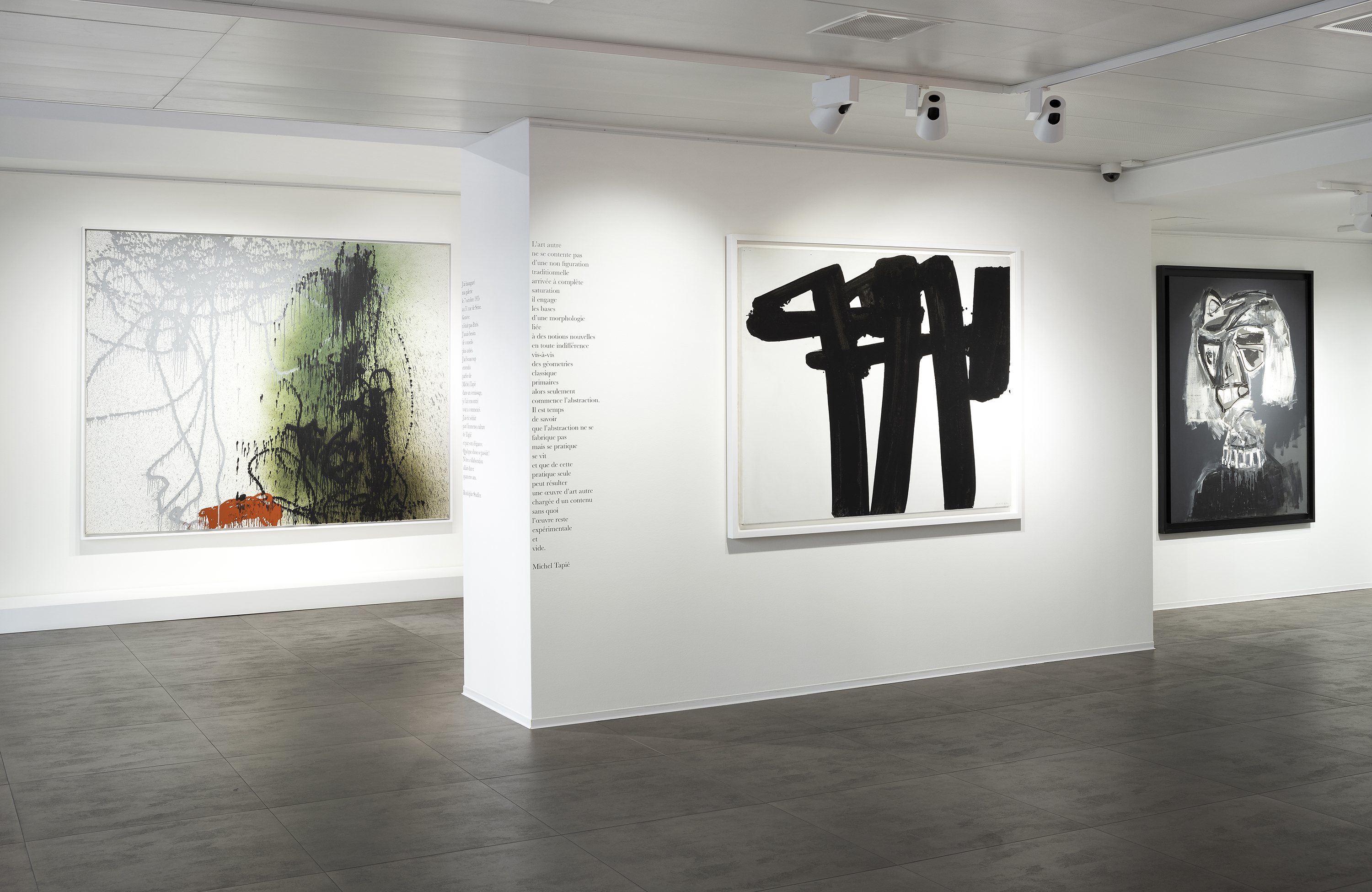 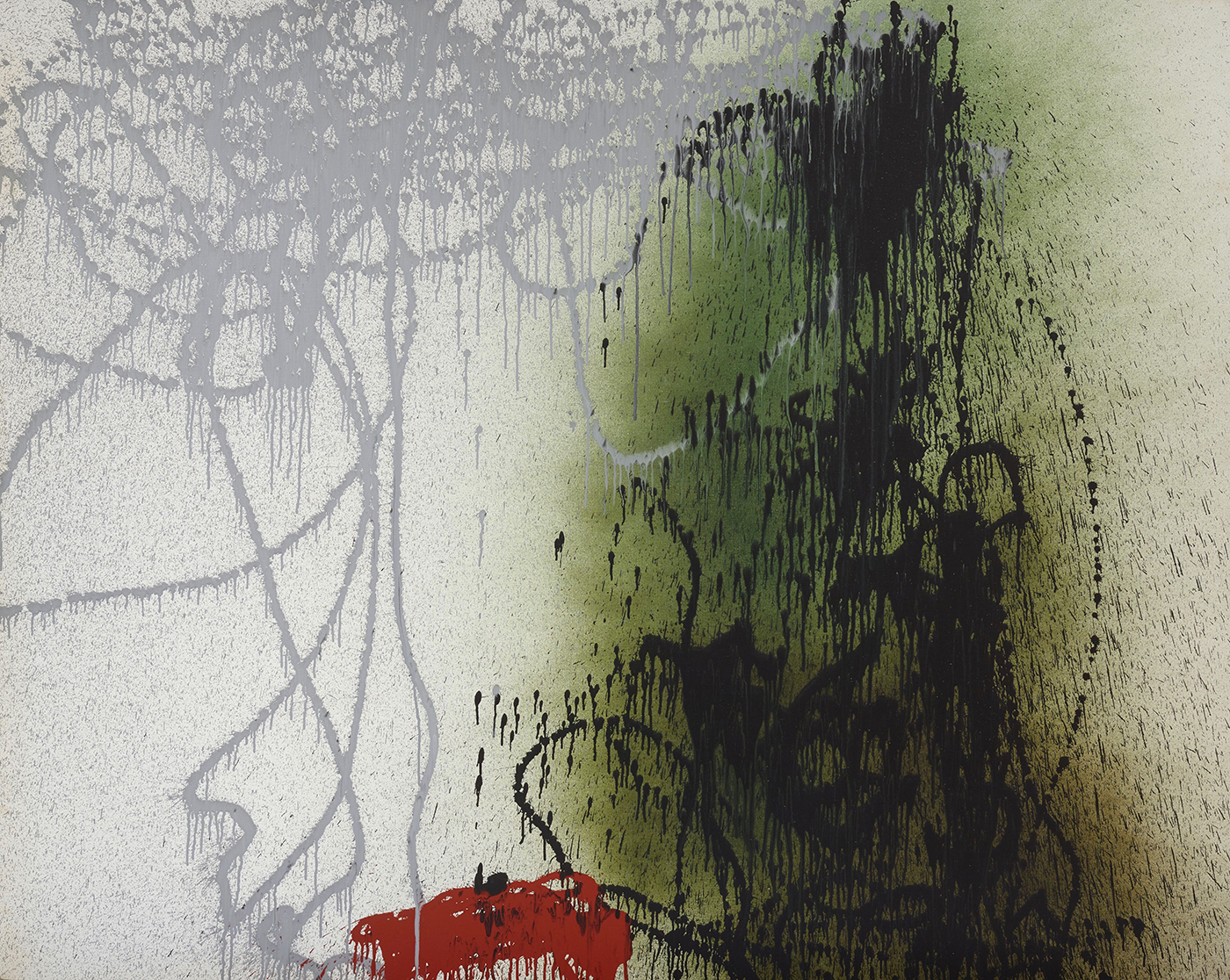 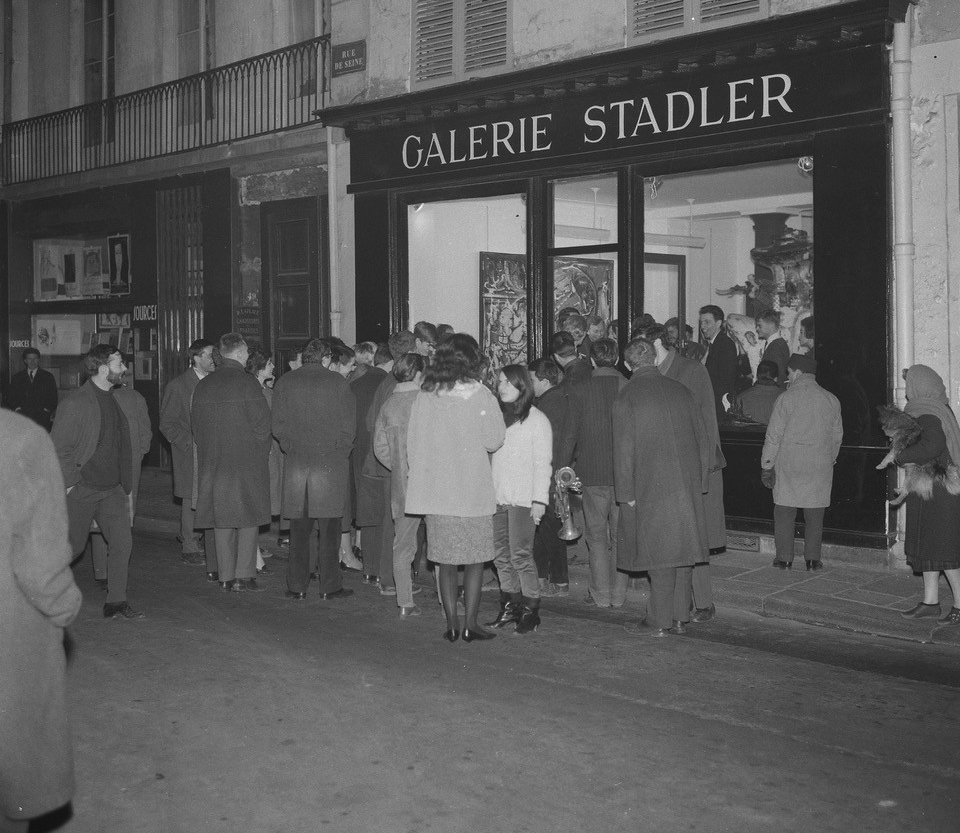 La galerie Stadler en 1962.
Archives galerie Rodolphe Stadler – Les © Abattoirs Musée-Frac Occitanie Toulouse France
In the time frame of two or three years, my gallery became a place that people would talk about. The duo of critic Tapié and dealer Stadler had the wind in its sails. (…) In that period, you couldn’t imagine: each time I had a show, I was almost certain that it would be exhibited in galleries abroad, in Germany, Italy, or the United State; it was prodigious.
-Rodolphe Stadler 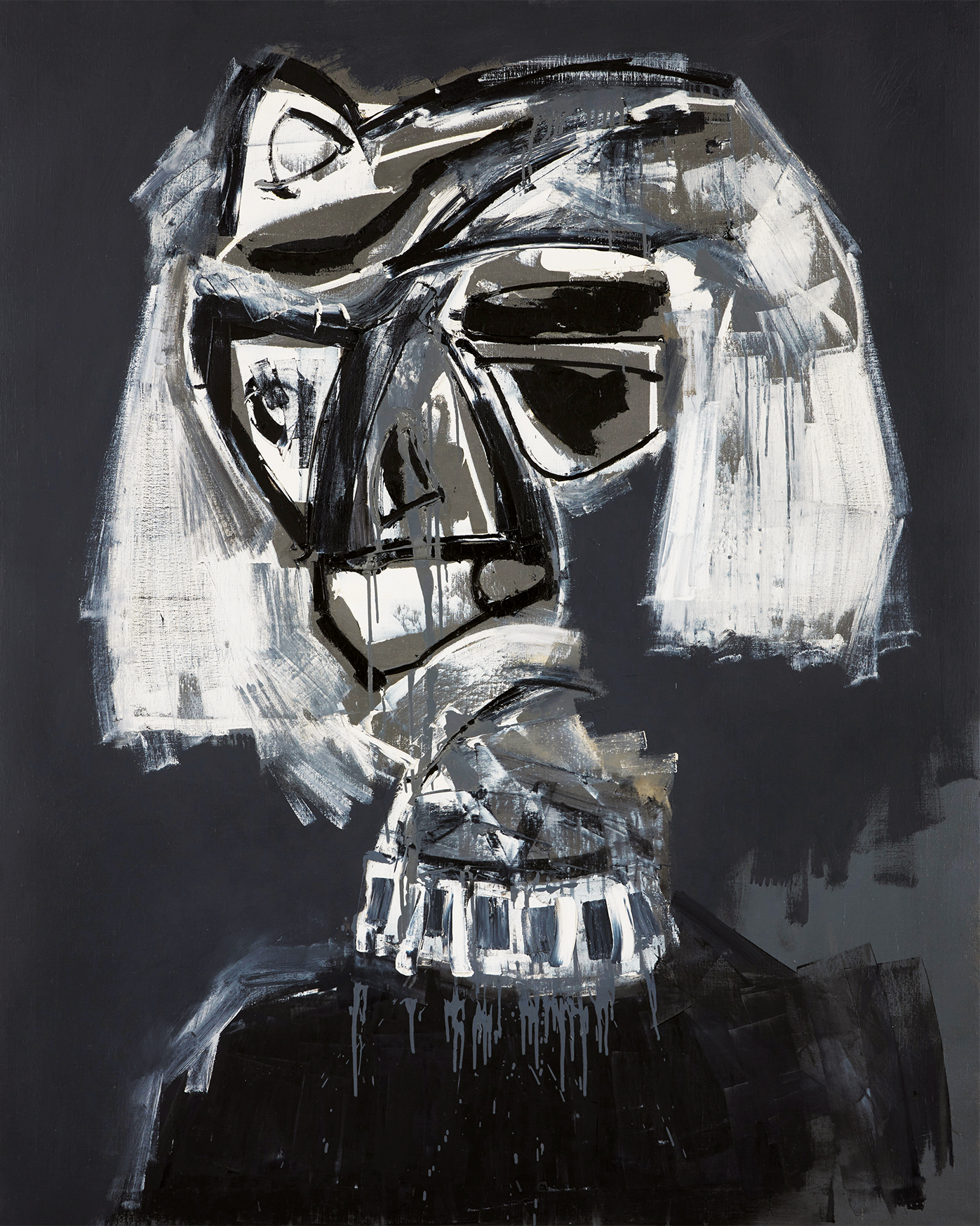 Antonio Saura
Infanta, 1962
Oil on canvas
162,5 x 130 - 64 x 51.2 in
Enquire
The art of another kind does not consist of a traditional non-figurative painting that has already been over-saturated. It engages the base of morphology linked to new notions completely indifferent to geometric classical primaries; only then can abstraction begin. It is time to acknowledge that abstraction is not created but practiced, it lives through this practice alone that results in an artwork, full of content, that without it, the work would remain experimental and empty.
-Michel Tapié 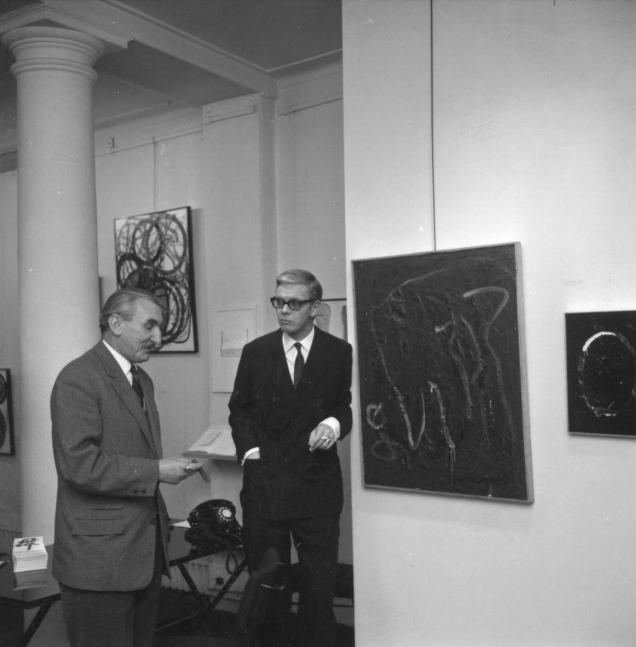 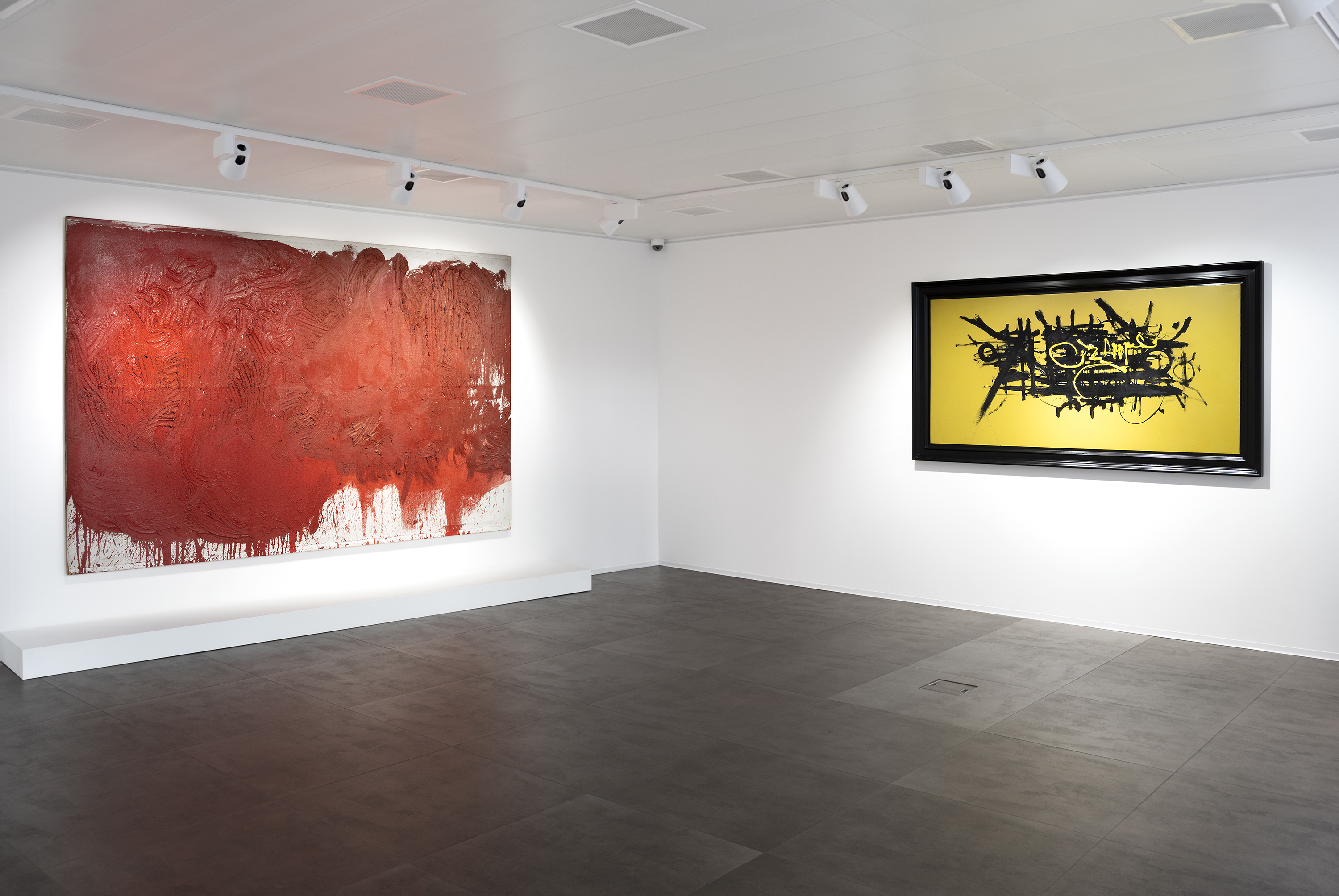 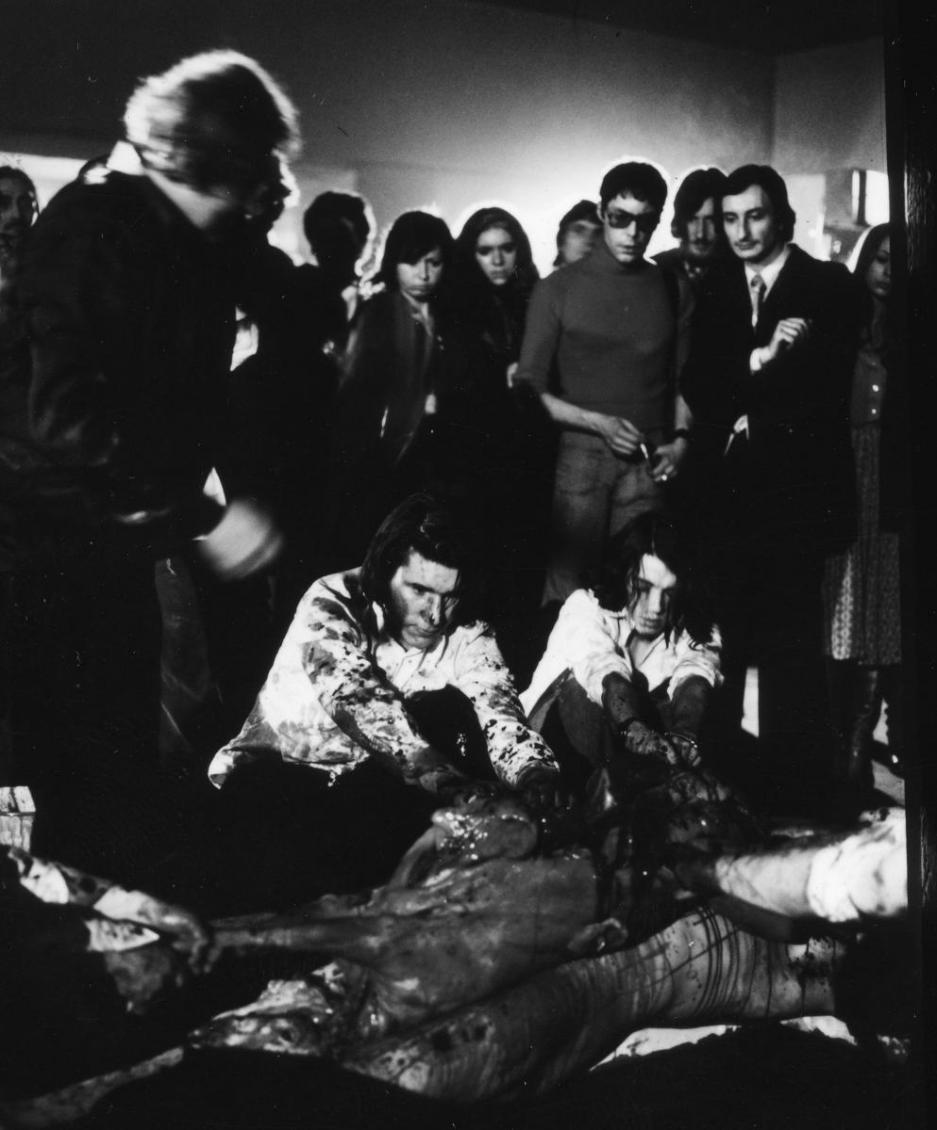 Performance O.M. Theater – Action N48 d’Hermann Nitsch a la FIAC Le 29 janvier 1975
© Archives galerie Rodolphe Sradler- Les Abatoires Musée-Frac Occitanie Toulouse france
I saw Mathieu and the Americans and thought to myself: what these painters are doing is what I do for theatre. I found my courage and began to paint again. In that sense, I was able to put the ideas I had for the theatre on the surface of the canvas, spilling red paint on it, while organizing an action painting by spilling fluid or thick paint on the floor in entire rooms
-Hermann Nitsch 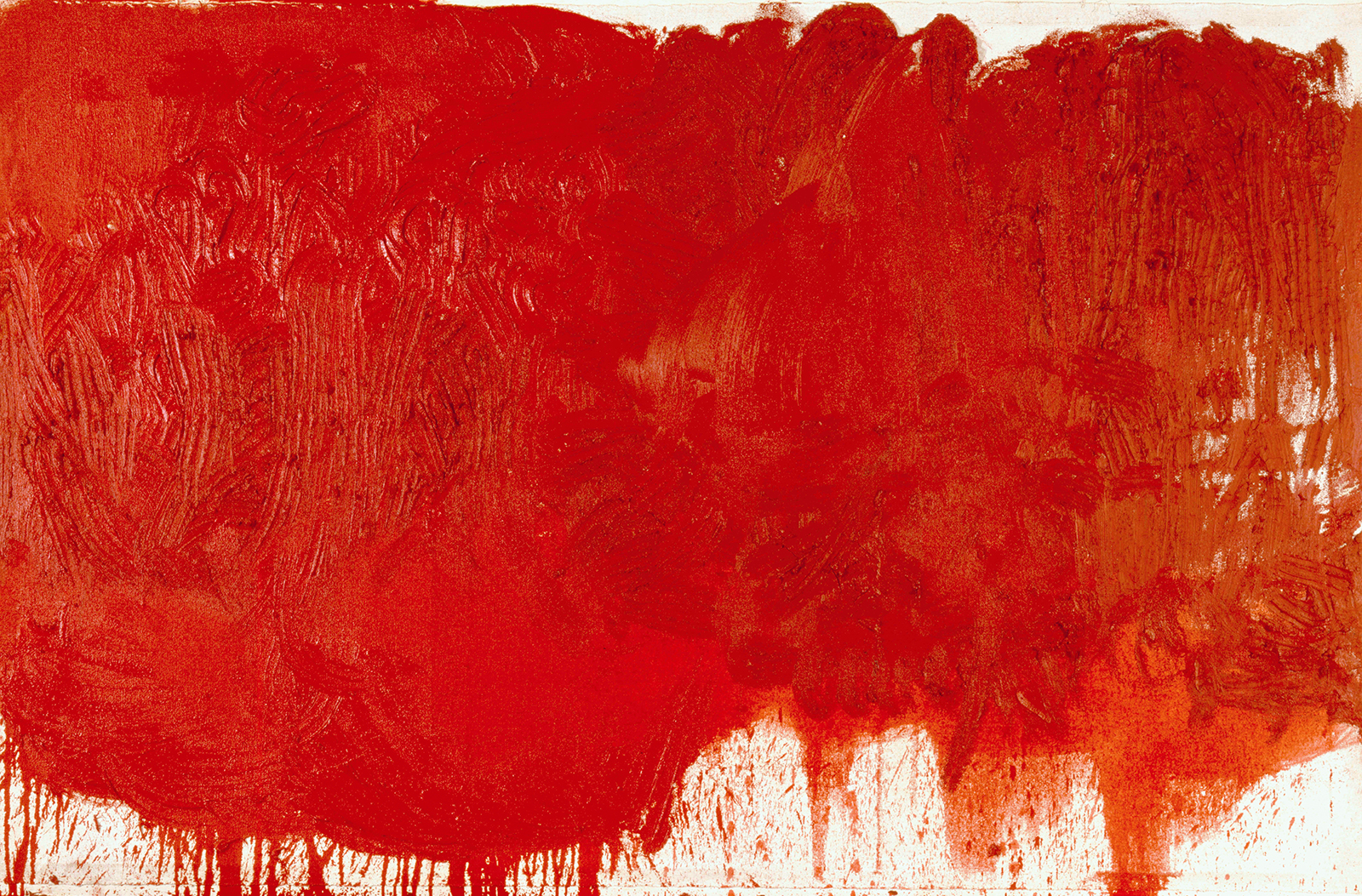 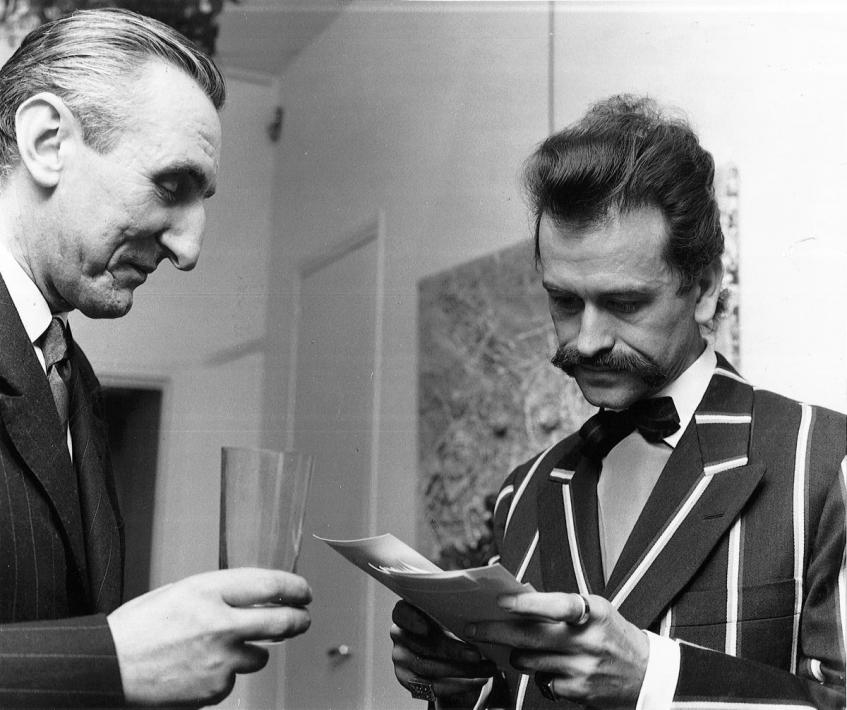 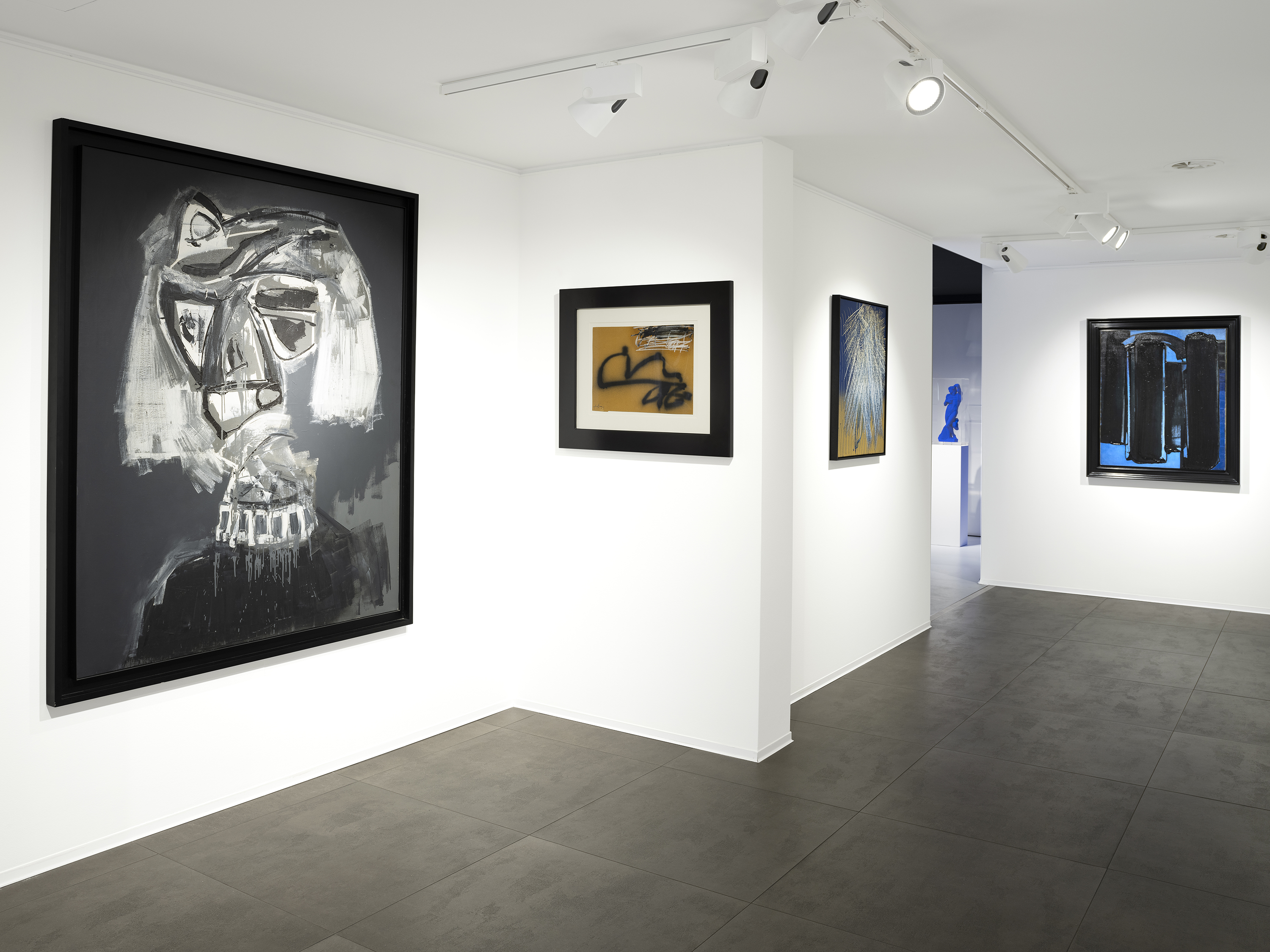 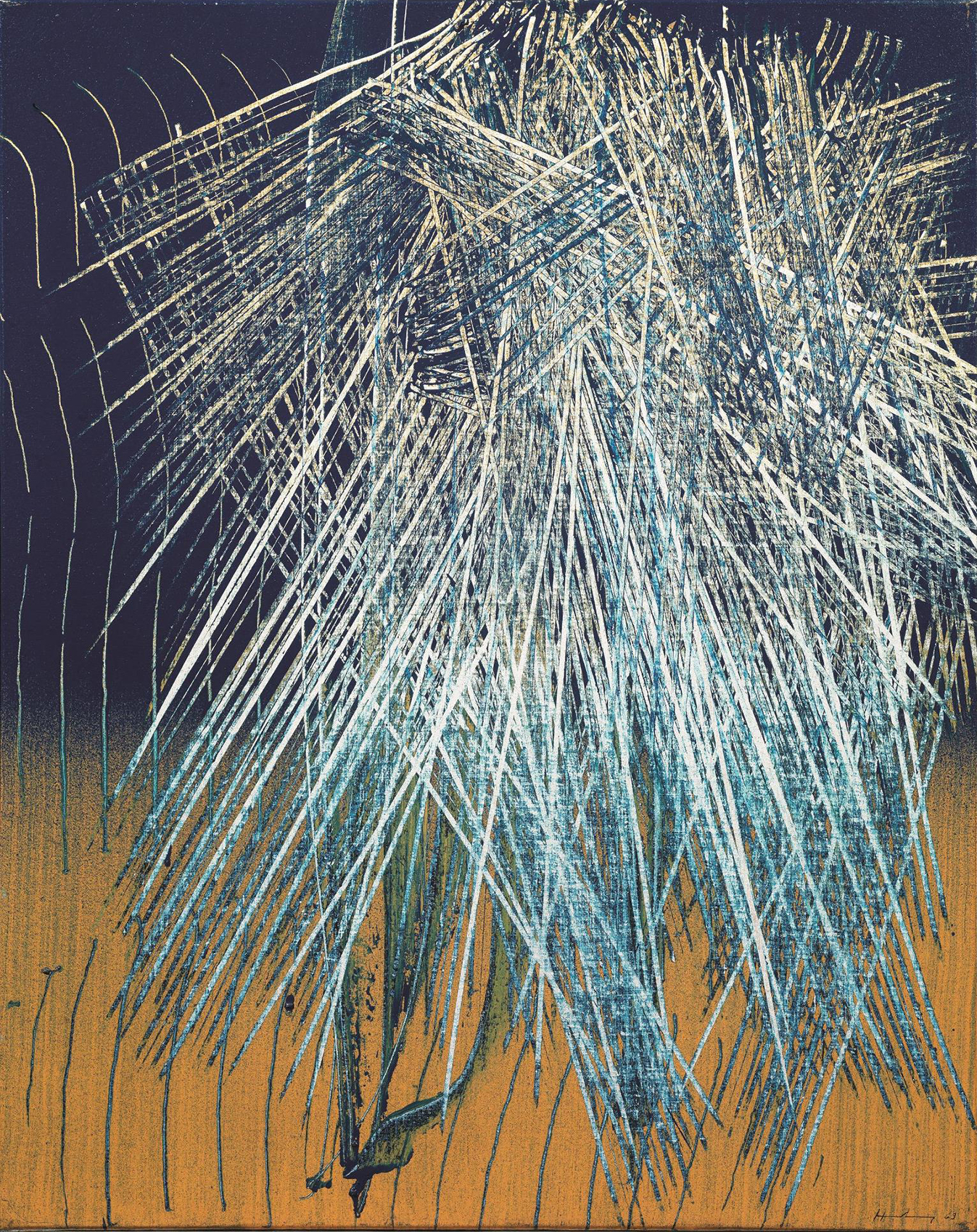 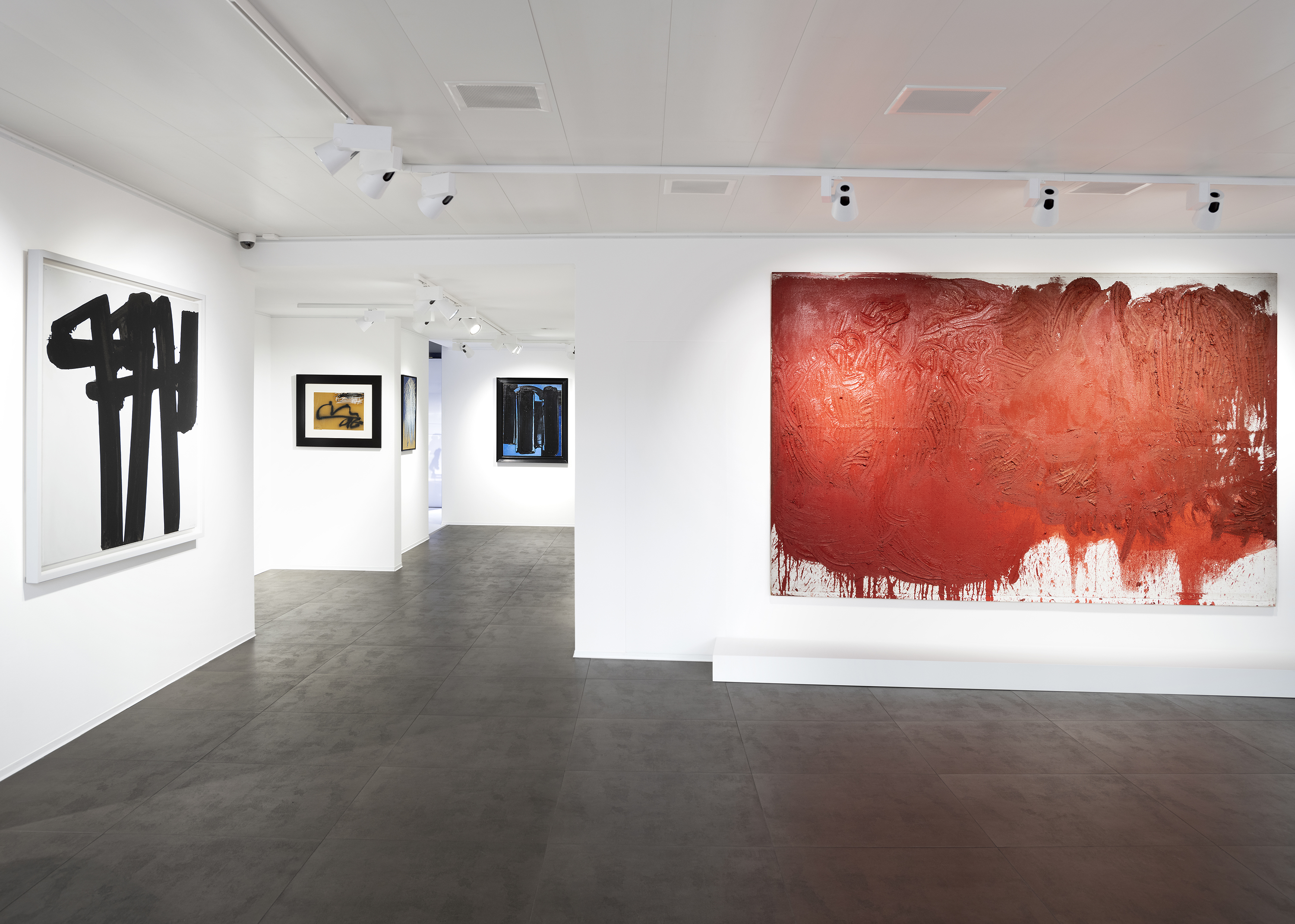 Hermann Nitsch, Michel Journiac, Urs Lüthi, Gina Pane, François Pluchart et Klaus Rinke lors du vernissage de l'exposition L'Art corporel en janvier - février 1975.
© Archives galerie Rodolphe Stadler – Les Abattoirs Musée-Frac Occitanie Toulouse France
Among the questions following May ‘68, Body Art is what I thought should be taken into consideration. First of all, because artworks that come “from the gut” have always drawn me in, rather than impersonal works. In the “actions”, I found a physicality, a commitment by the artist, that I had always defended…
-Rodolphe Stadler 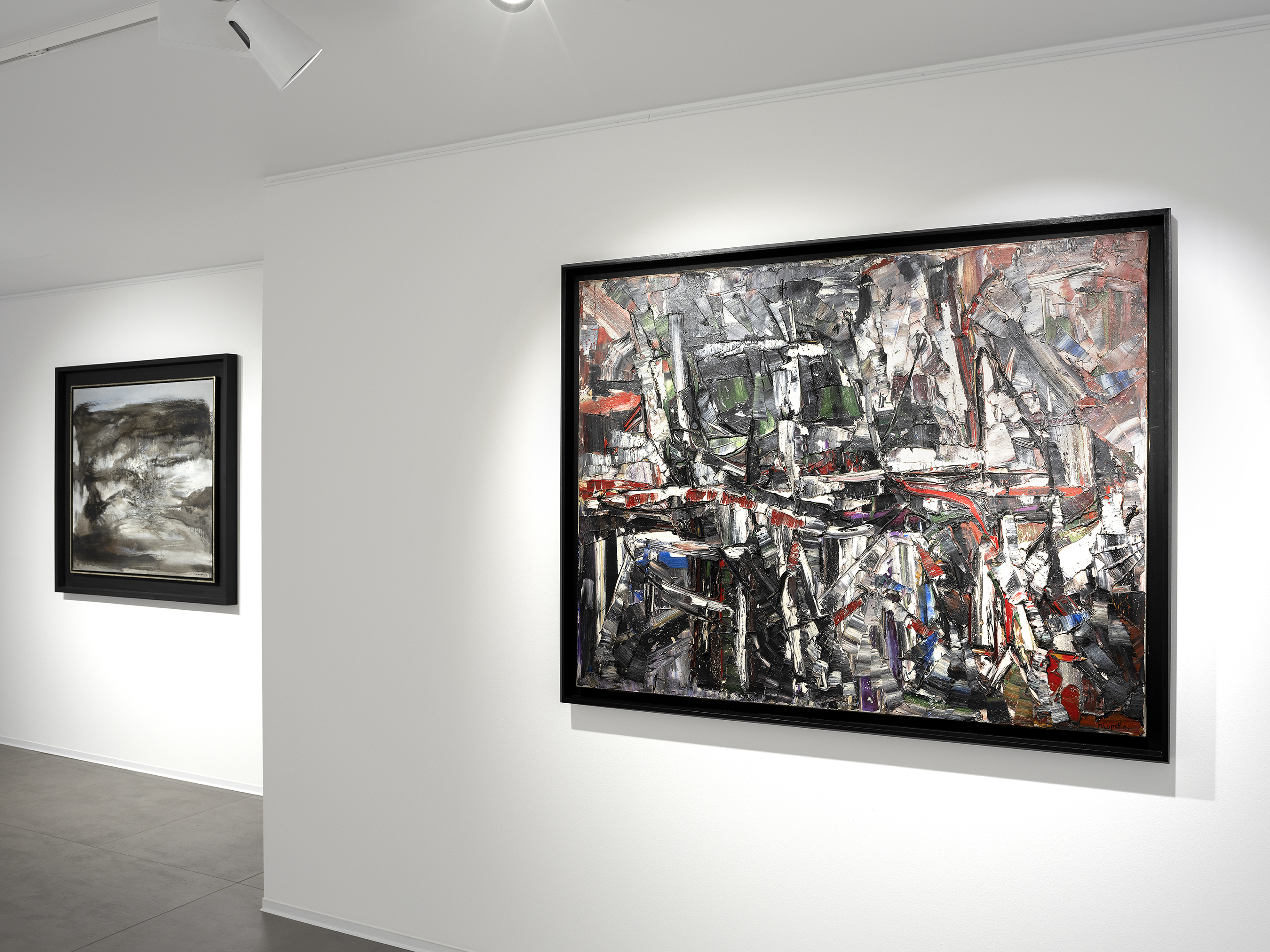 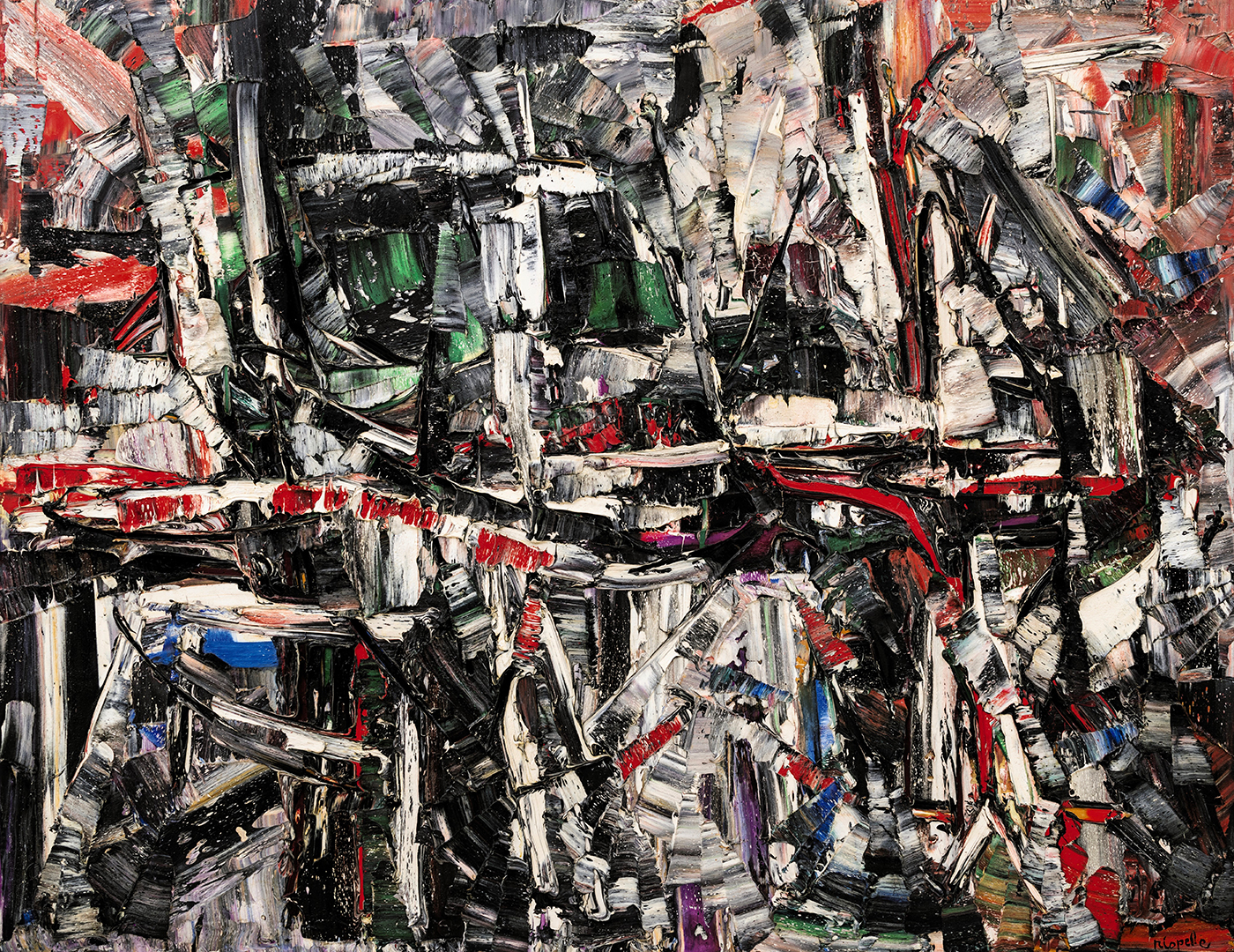 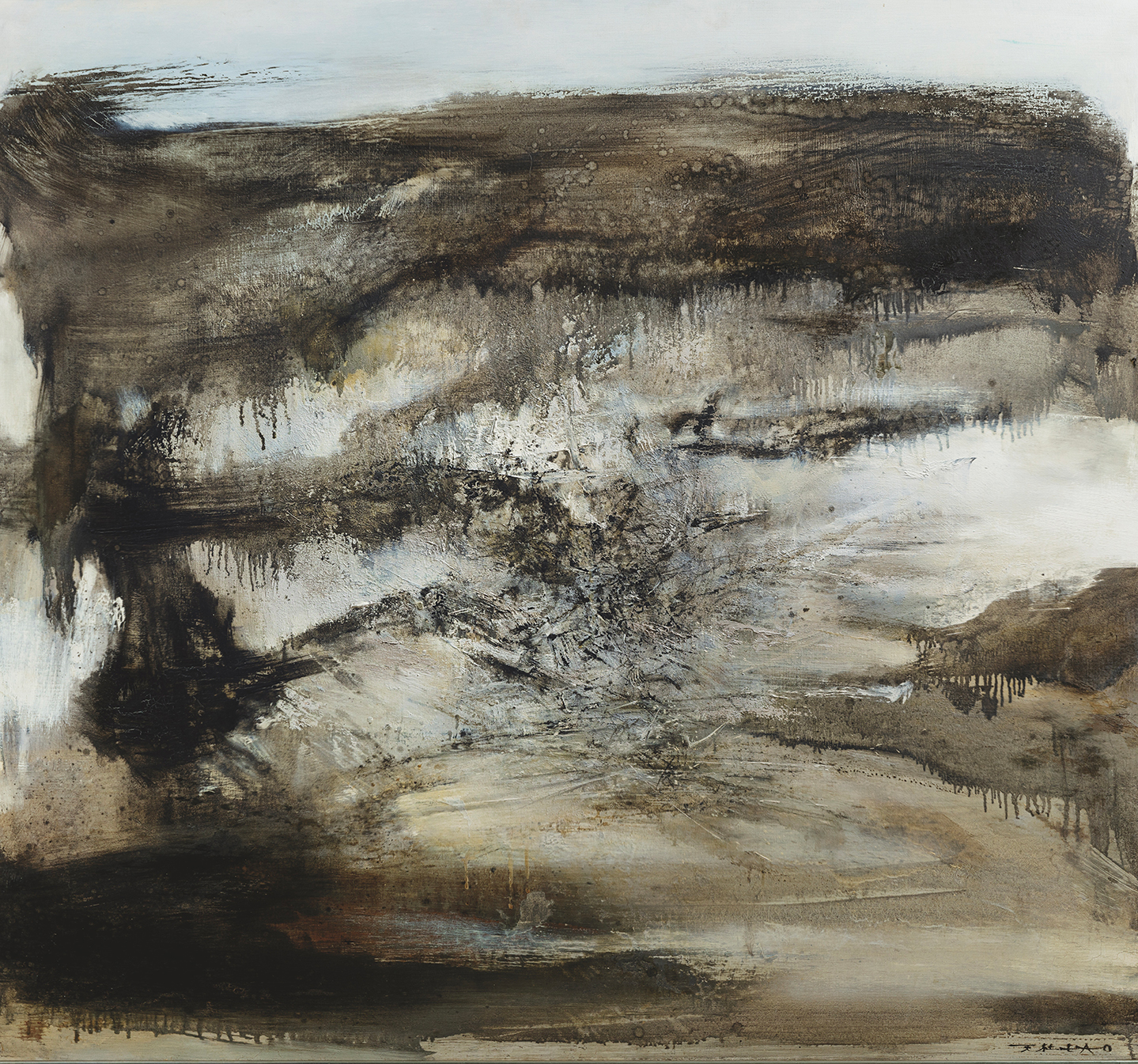 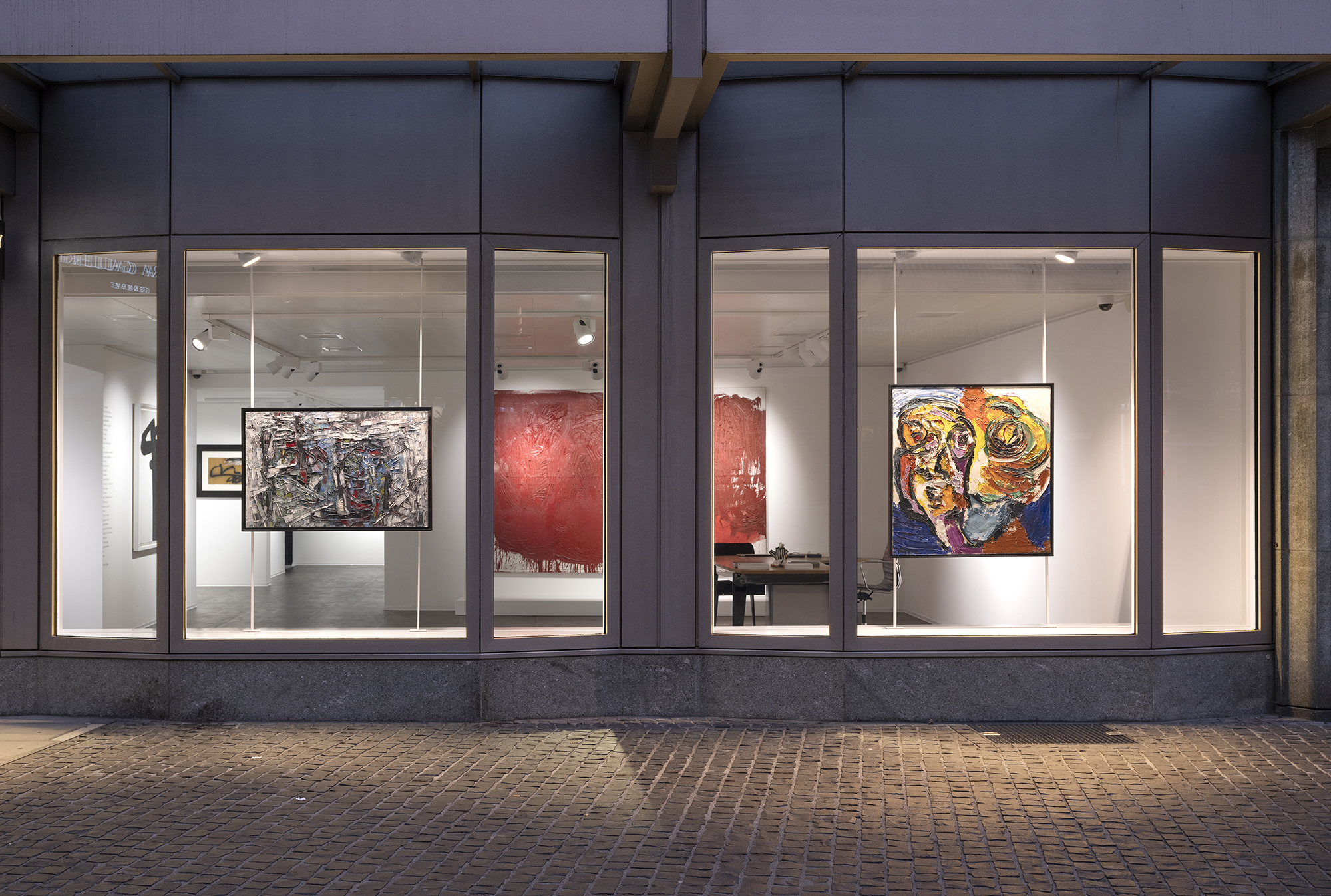 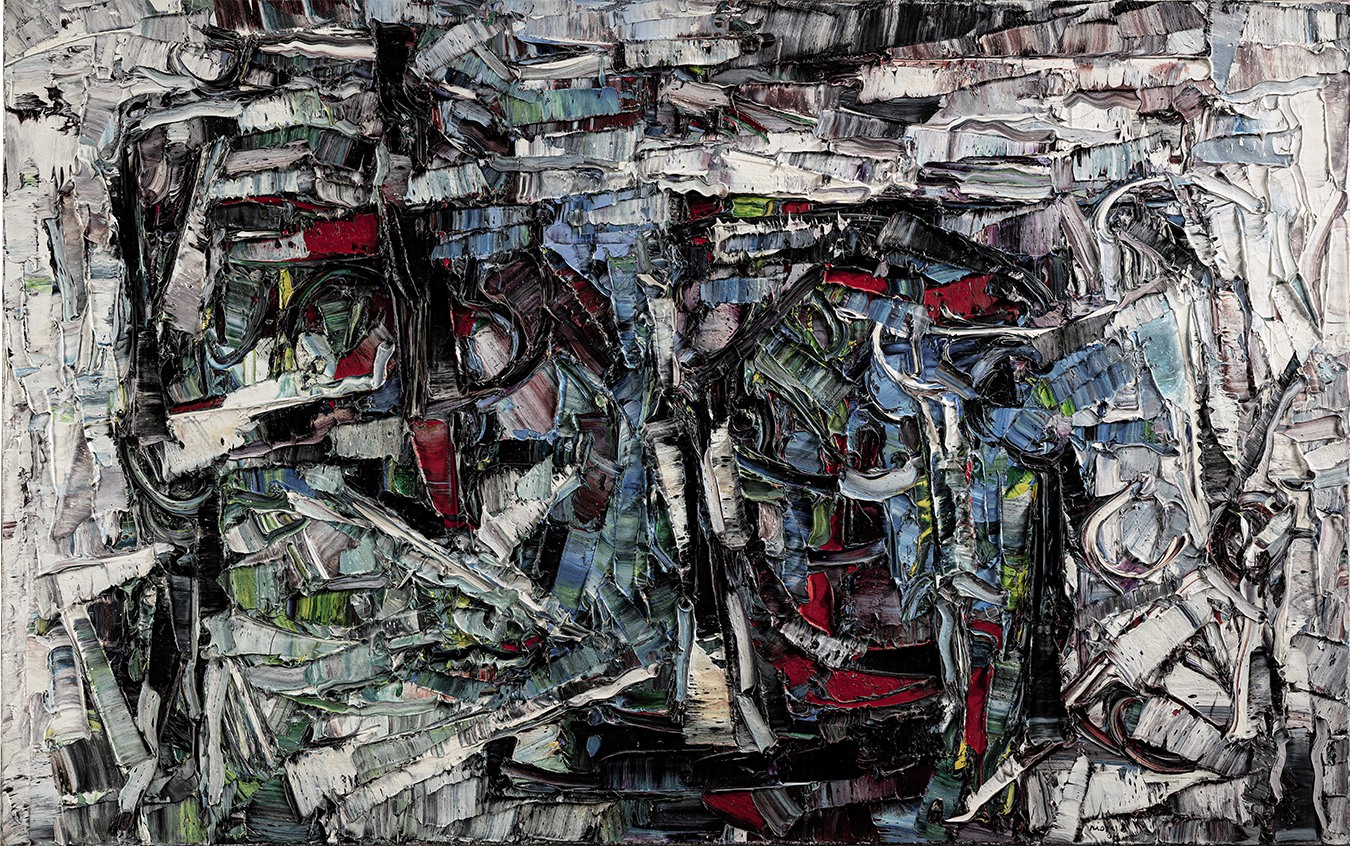 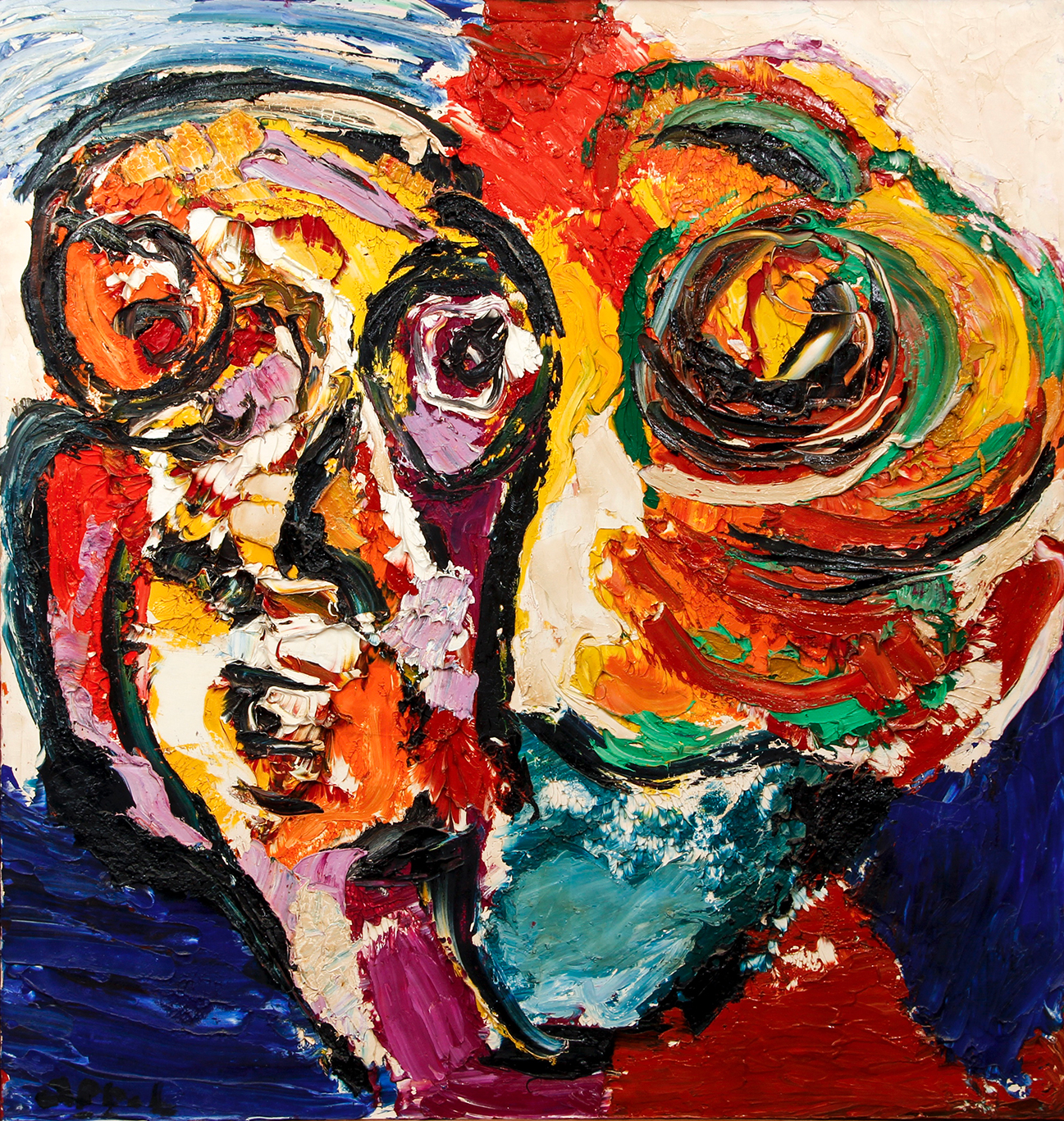