From 17 February 2023 at the Atelier des Lumières, a new digital exhibition will honour the entire oeuvre of Marc Chagall, revealing a body of work anchored in its time, at the crossroads of the artistic and cultural innovations of his century and in constant renewal.

Paris and New York, emblematic capitals of modern art, represent two crucial stages in the artist's long trajectory. Paris was his city of choice, offering, thanks to the avant-garde movements of the 1910s, a field of experimental research for the young painter, who fed it with his own cultural references. New York was initially a place of exile in the difficult 1940s, which nevertheless gave new impetus to the artist's creativity. After the war, several major exhibitions and art commissions continued to forge links between Paris and New York and brought Chagall back to the United States until the 1970s. 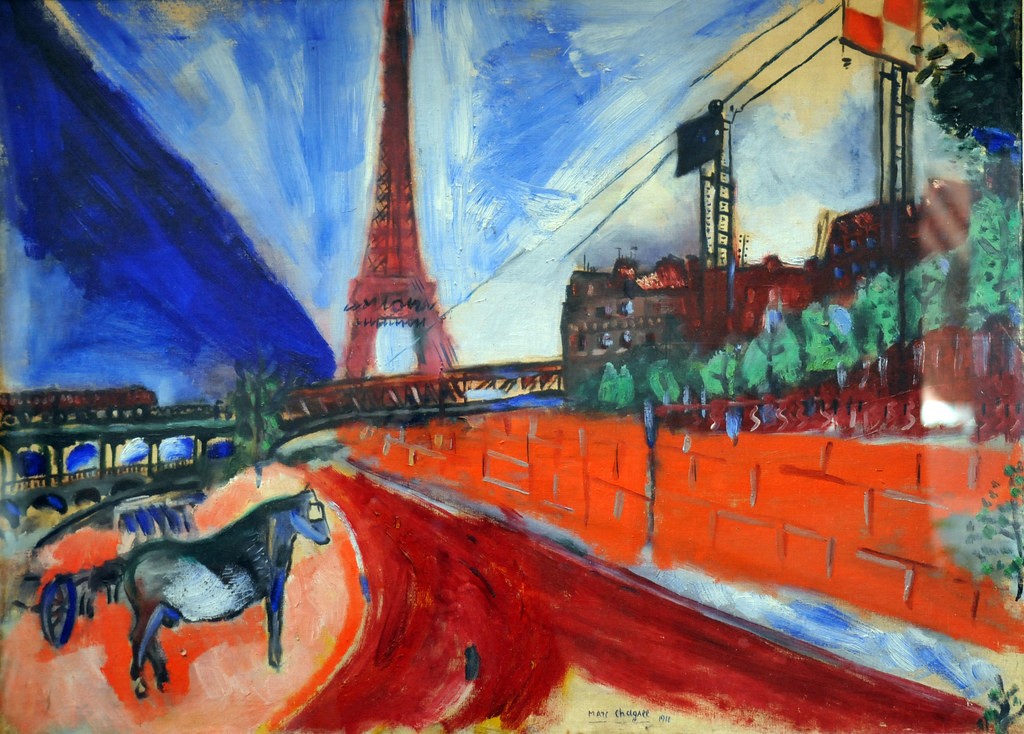 Marc Chagall, Le pont de Passy et la Tour Eiffel, 1911.
This website uses cookies to offer you a better browsing experience. By using this site, you consent to our use of cookies.