Opera Gallery is delighted to present in its Geneva space from 29 January to 22 February 2020, Jean Dubuffet / Pierre Soulages – Fondamental, an exhibition showcasing over forty original works by these two giants of Contemporary art.

To apprehend the connection between these two artists, Opera Gallery will exhibit their works alongside their mutual objects of fascination and sources of inspiration: Prehistoric and Primitive art, which are intuitive rather than culturally programmed types of art.

If Jean Dubuffet’s work wavers between Figuration and Abstraction, Pierre Soulages’ is definitely abstract. If one manipulates colour, the other focuses mainly on black. However, both artists chose to free themselves from all academic and cultural constraints, as well as from all traditional aesthetic values. Early on in their careers, both artists searched for radical and instinctive ways of expression, rejected refinement and preciosity and willingly opted for a raw and untamed means of expression.

For both artists, Prehistoric art is when it all began: an accomplished art that does not derive from any previous art. Dubuffet’s graffiti-like works, which reveal an irresistible and existential need to inscribe one’s presence in History remind us of parietal art and what fascinates Soulages is the fact that Prehistoric men would paint in dark caves with dark colours. From an early age, Pierre Soulages is enthralled by the menhir statues from the region where he grew up, by the purity of the lines engraved in the stone and the way the light is reflected on its unevenness. For Dubuffet, it is the rough outlines of these statues that are comparable to the sculptures of his Hourloupe cycle.

What began with Prehistoric art naturally continued with Primitive arts. Practices from Oceania, the sculptures, woven objects, ceramics with a profusion of decorative elements, arabesques, human figures and animal silhouettes that cover them remind us of Dubuffet’s ingenuity, the way he assembles heterogeneous elements and his paintings filled with whimsical characters. The browns, ochres and black, the placement of small furrows and primitive-like scarifications of Soulages’ paintings are closer to African art with its charred weathered wood sculptures.

This exhibition invites the public to draw parallels between the works of these two great figures of Contemporary art and artworks that are at the core of their inspiration, thanks to the generous loans of Primitive art by Charles Edouard Duflon – Cabinet d’Expertise Témoin in Geneva and by other important private Swiss collectors. 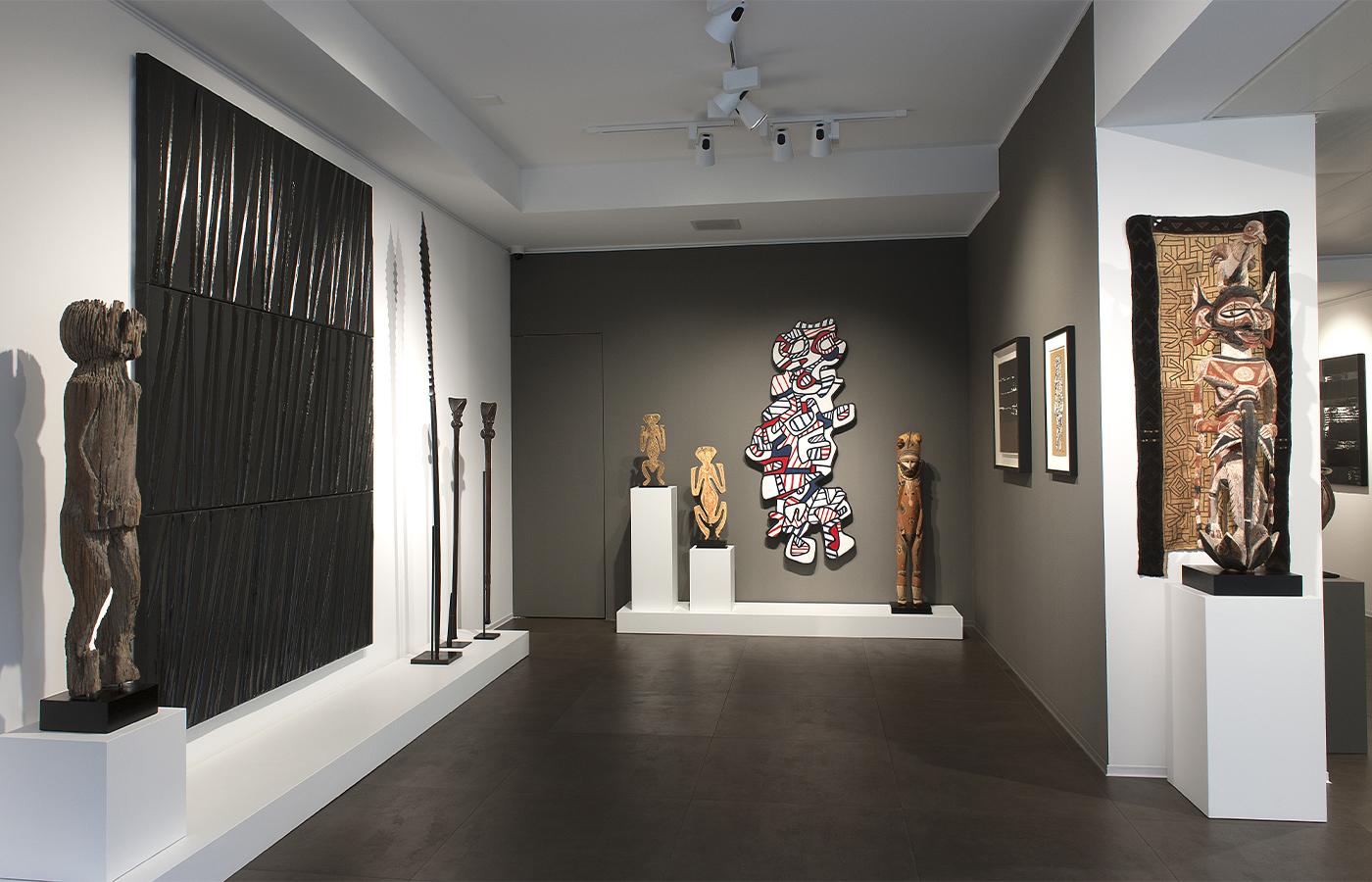 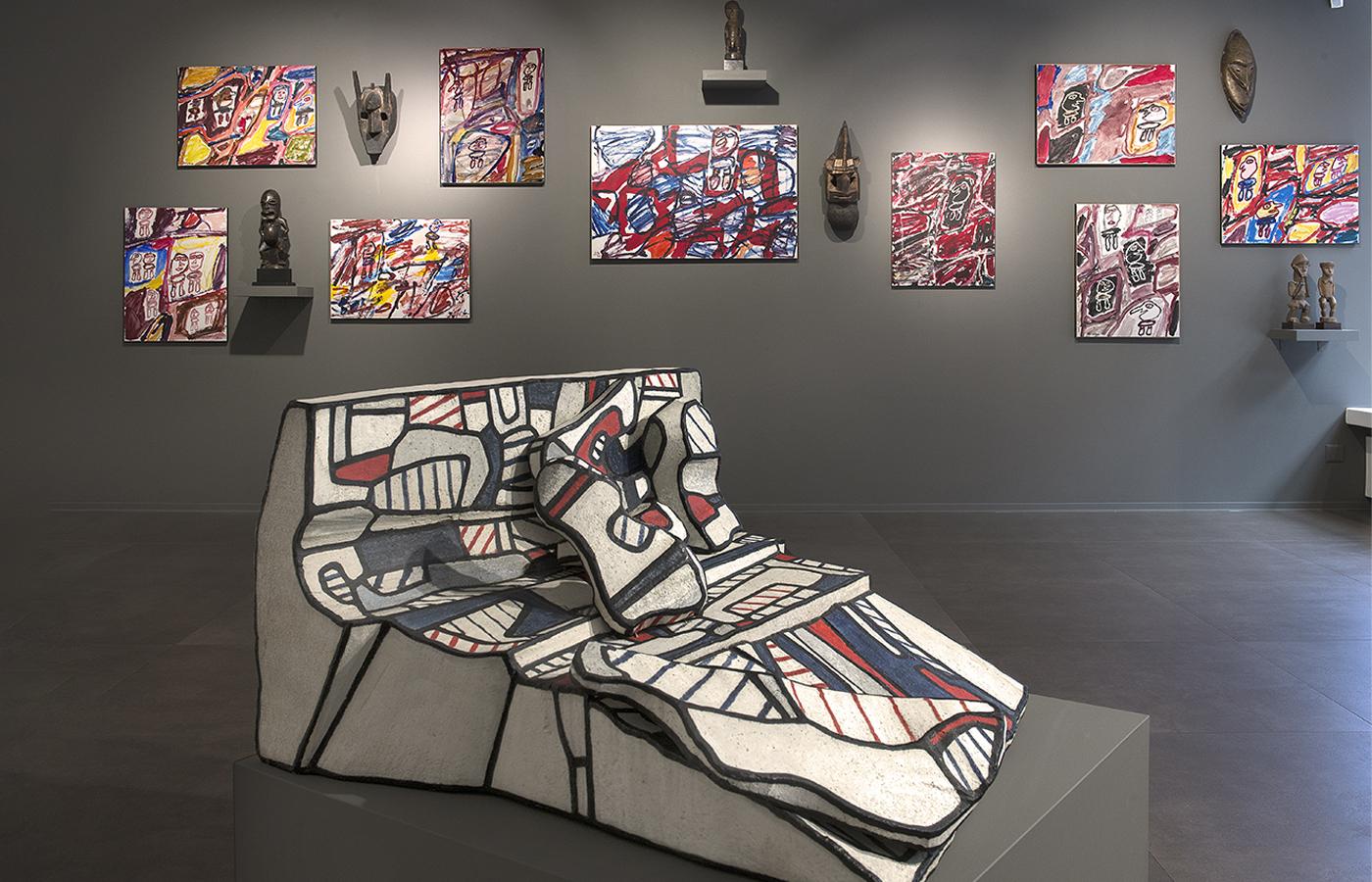 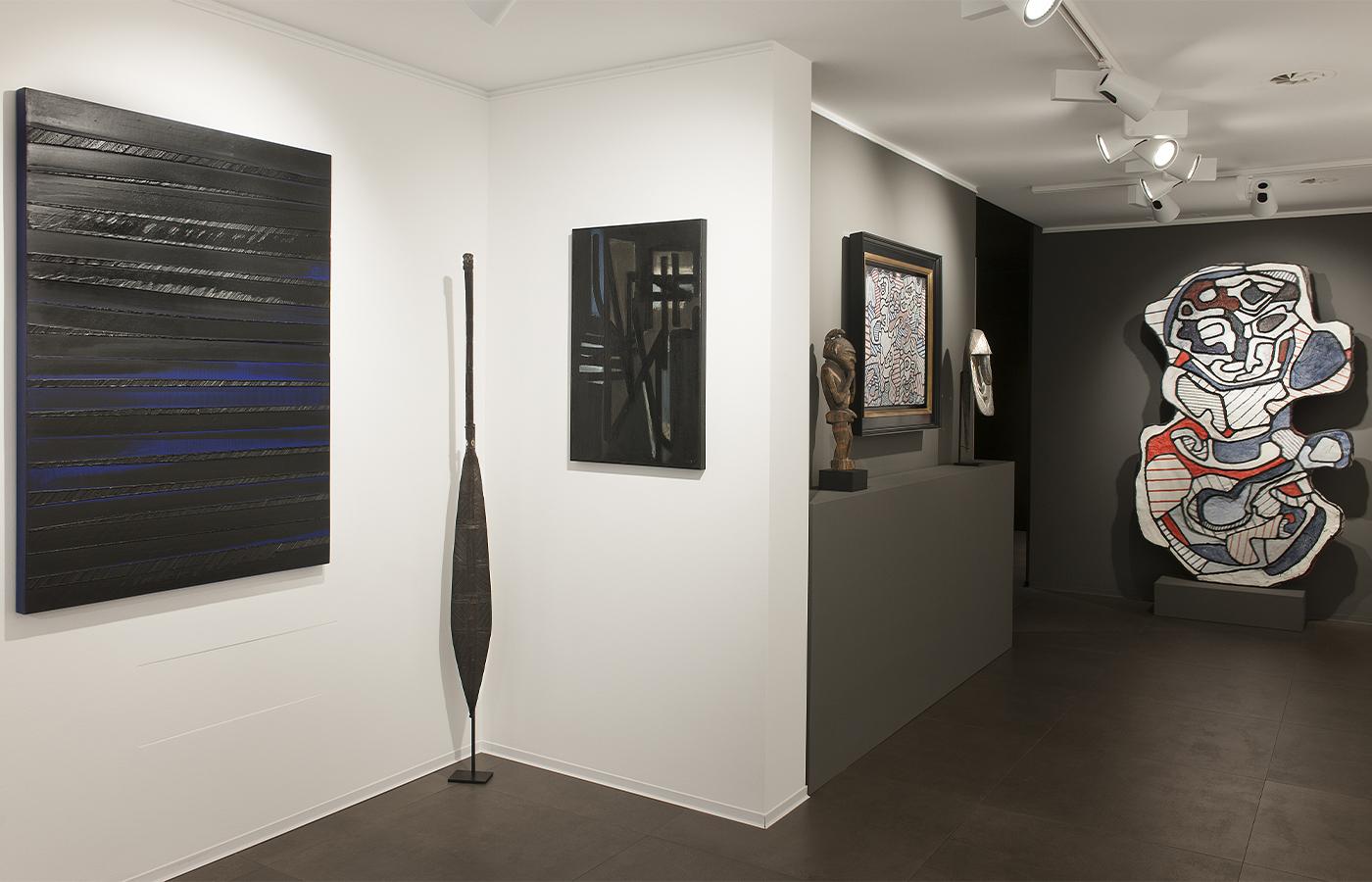 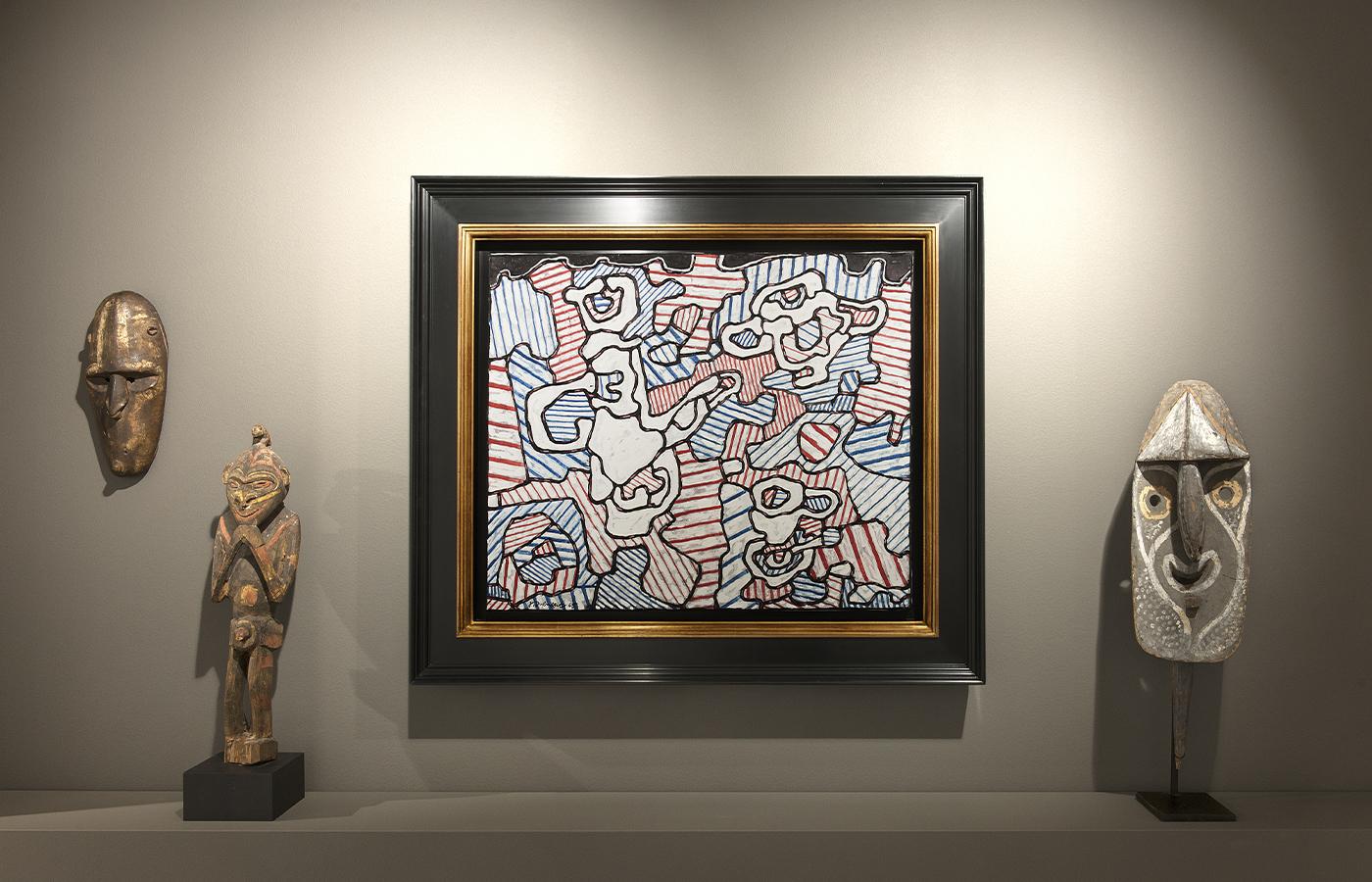 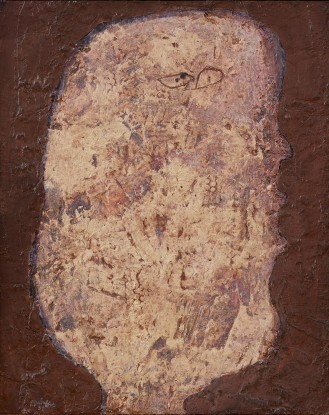 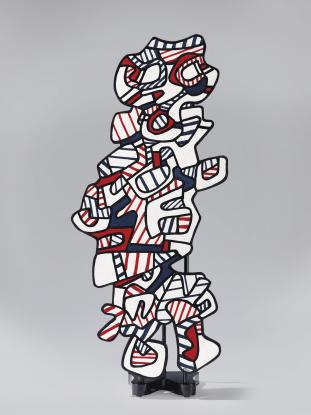 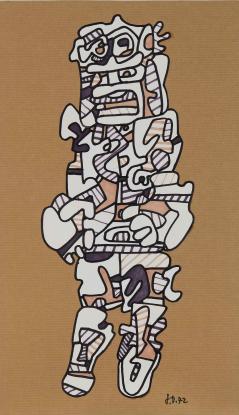 Marker and collage on paper 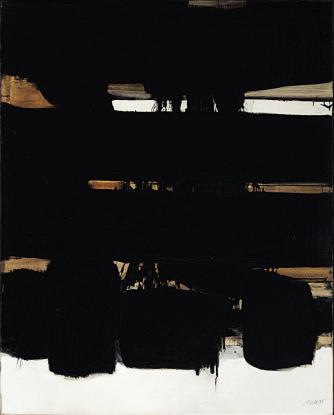 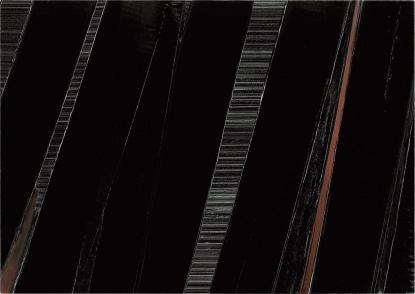 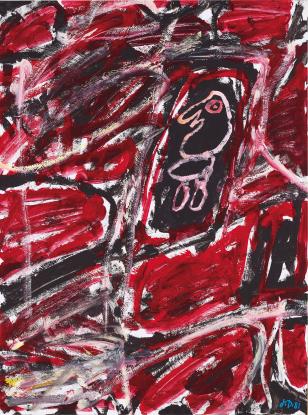 Acrylic on paper mounted on canvas