Infinity in the Universe of Yayoi Kusama

“I gradually feel myself under the spell of the accumulation and repetition in my nets which expand beyond myself, and over the limited space of canvas, covering the floor, desks and everywhere.”

The infamous Japanese master Yayoi Kusama has won an unprecedented and well-deserved recognition this year being honored with major Museum retrospective show travelling from the Museo Nacional Centro De Arte Reina Sofía in Madrid to the Centre Pompidou in Paris, via its current display in The Tate Modern in London. The show will finish in the Whitney Museum in New York later this year.

Kusama is one of Japan’s best-known living artists and her pioneering work spans over six decades spreading from Japan to the United States and Europe. Her prolific portfolio includes drawing, painting, sculpture, performance, installation art, movie directing, novel and poem writing. Considered by some members of the New York scene to be “too beautiful, too crazy, too powerful”, Kusama became an art force not to be ignored.

Celebrating her international success and everlasting popularity, we are proud to present you a collection of Kusama’s works with various pieces including paintings and limited edition prints highlighted by a 2.6 meter sculpture of polka dot girl titled Kei-Chan.

Chosen as an associated project of Le French May Arts Festival supported by the Consulate General of France in Hong Kong and Macau, the exhibition celebrates an exceptional timing of arts and culture blossoming in Hong Kong.

We invite you to indulge in the infinity that is the universe of Kusama. 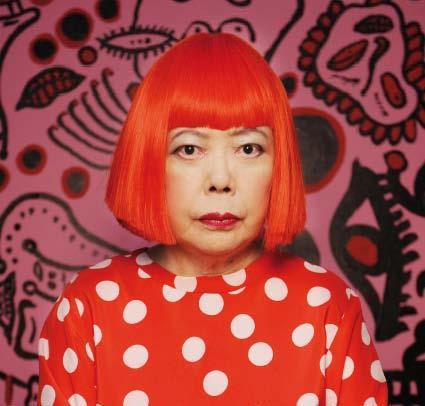