Robert Combas is a French figurative artist, born in Lyon in 1957. He studied at the Ecole des Beaux-arts in Montpellier. He has been living and working in Paris since 1981.

Combas achieved prominence on the international stage at the beginning of the 1980s as the leader of the Figuration Libre movement— a movement associated to Neo-Expressionism in the United States and a counter to Conceptual and Minimalist Art. His work has always been strongly rooted in depictions of the human figure, often in wild, violent or orgiastic settings. He creates hectic narratives of war, crime, sex, celebration and transgression—in short, every phase that makes up the constant flux of modern life. In recent years a strong autobiographical strain has been evident in his work, which was present only on a subliminal level, if at all, in the earlier work. 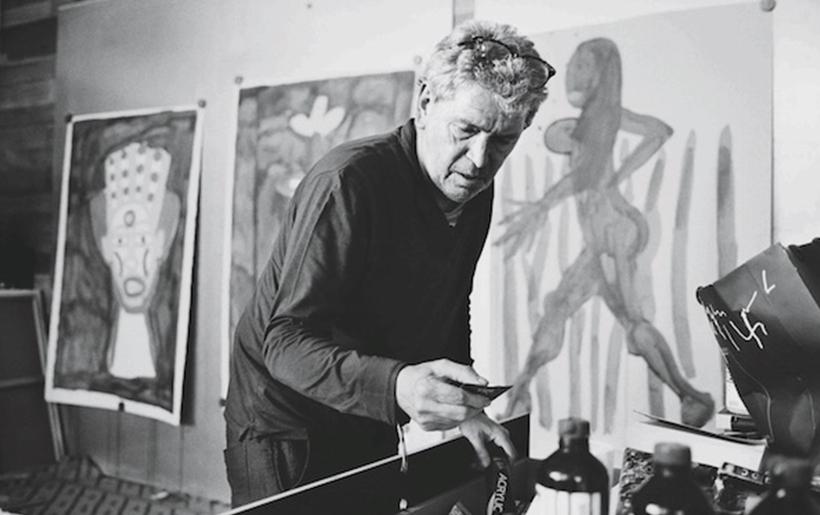 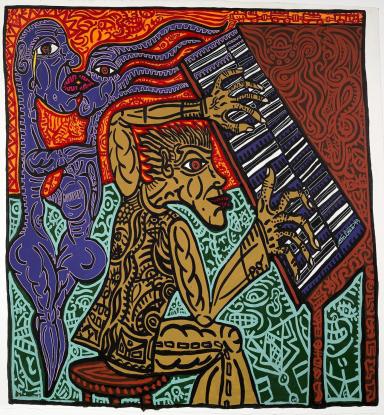 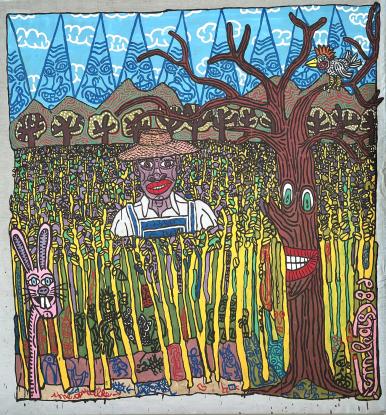 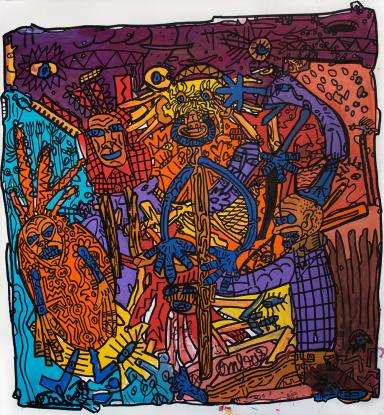 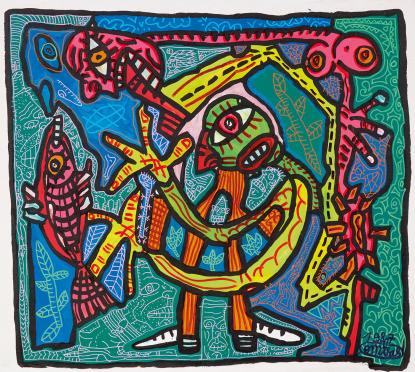 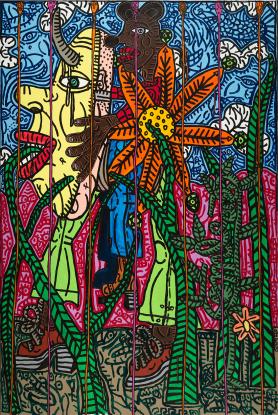 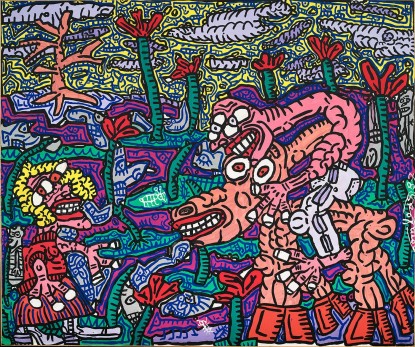 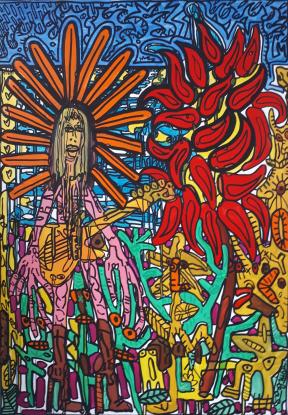 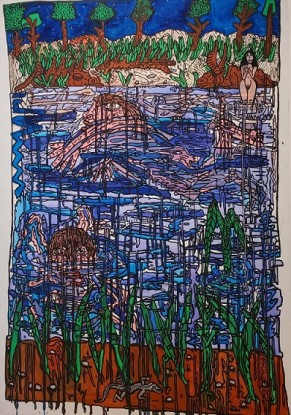 Acrylic on canvas laid on canvas