Niki de Saint Phalle is a French-American artist who was born in 1930 in Neuilly-sur-Seine, France, and grew up in New York. A self-taught artist, she lived and worked between France, Switzerland and the United States. She died in 2002 in La Jolla, California, USA.

Niki de Saint Phalle was part of the Nouveaux Réalistes group, which she joined in 1964 through her husband, artist Jean Tinguely. She first received worldwide attention for angry, violent assemblages, which she had shot using firearms. These evolved into Nanas, light-hearted, whimsical, colorful, large-scale sculptures of animals, monsters, and female figures, first made of wool, yarn, paper-maché and wire scaffoldings and later made of polyester. These voluptuous female figures served to represent the ideal archetype for women in modern society, and can be seen in cities and museums all over the world.

Saint Phalle's monumental works are exhibited at the Stravinsky Fountain, next to the Pompidou in Paris (1983), the Tarot Garden in Garavicchio, South of Tuscany (1998), the Grotto in the Royal Garden Herrenhausen of Hannover (2003), and Queen Califia's Magic Circle in California (2003). Her works are also held in the collections of the Courtauld Institute of Art in London, The Museum of Modern Art in New York, the Walker Art Center in Minneapolis, and the Musée d'Art Moderne d'Art Contemporain in Nice, among others. 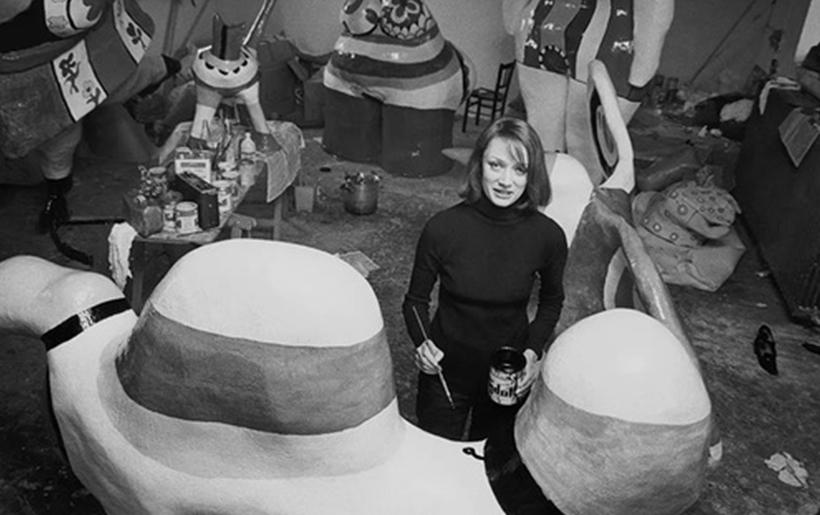 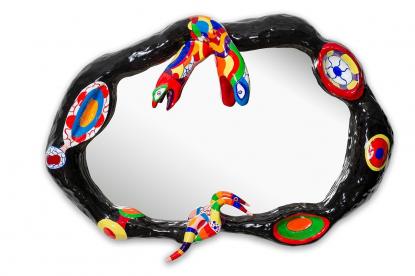 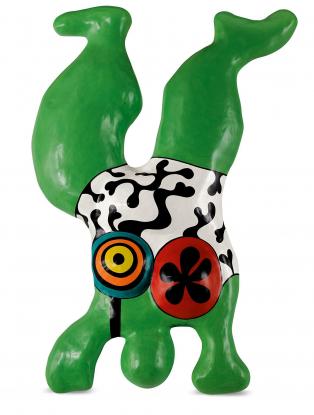 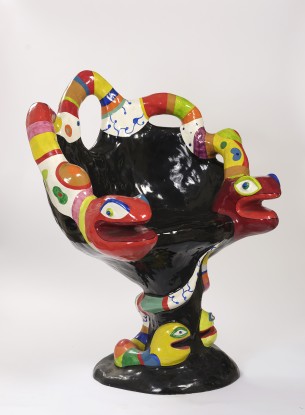 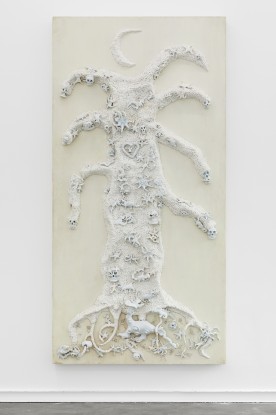 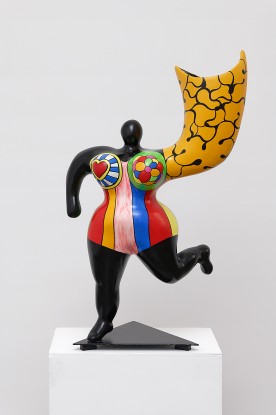 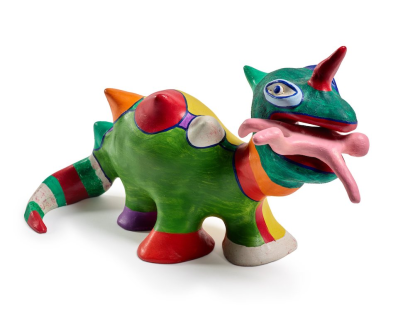