George Condo is an American artist who was born in Concord, New Hampshire in 1957. He studied Art History and Music Theory at the University of Massachusetts in Lowell. He settled in New York city in the late 1970's, where he became a recognized figure within the East Village art scene, even spending a brief time working in Andy Warhol's Factory. He moved to Paris, France in 1985 and lived there for a decade. George Condo currently lives and works in New York city.

George Condo has occupied a central position in the landscape of American painting for nearly forty years. His unique and imaginative visual language pays tribute to a vast array of art-historical traditions and genres, drawing together elements of Old Master portraiture with allusions to contemporary American culture. He is best known for his distinctive, deformed and sometimes demonic paintings that combine figuration and abstraction, madness and beauty. Condo coined the term 'Artificial Realism', to describe his approach or, in other words, 'the realistic representation of that which is artificial'. His work is populated largely by dramatically stylized, almost cartoonish, characters with exaggerated, often grotesque features such as protruding over or under bites, ghoulish expressions, or is fractured nearly beyond recognition. 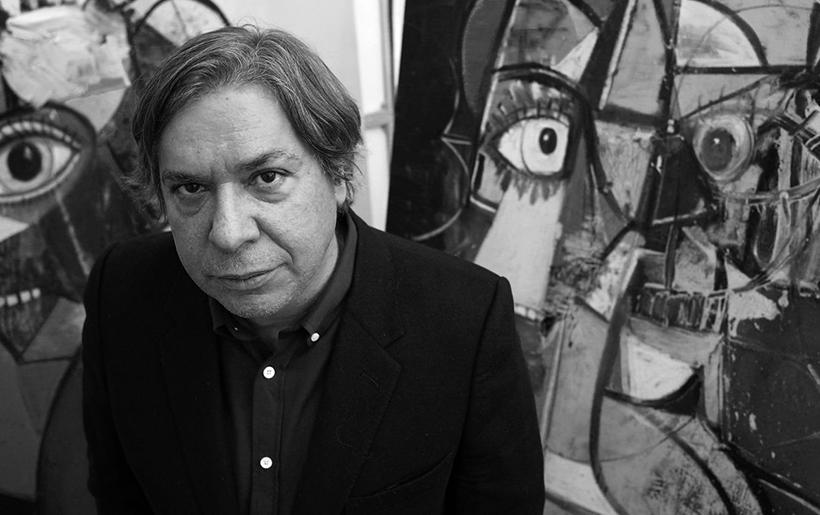 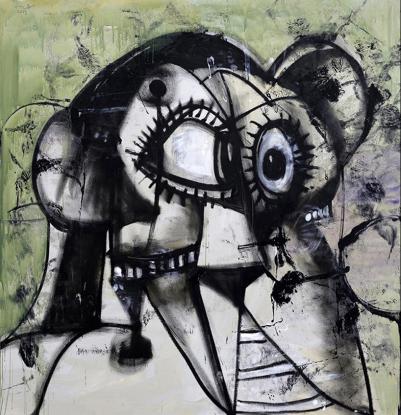 Acrylic and oil stick on canvas 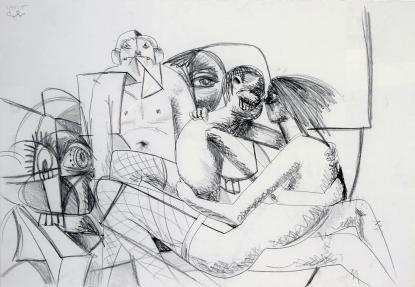 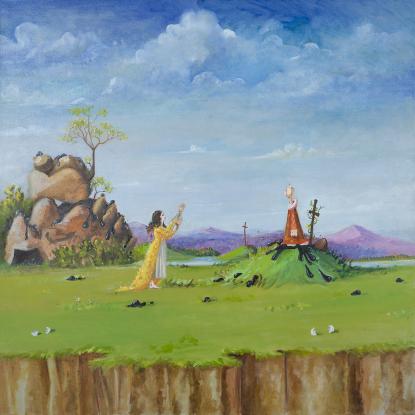 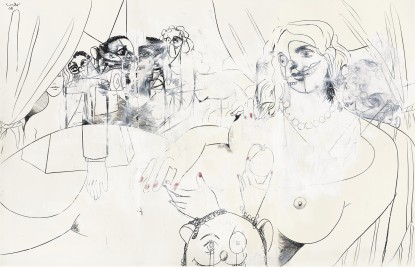 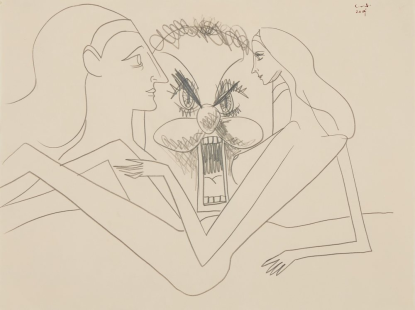 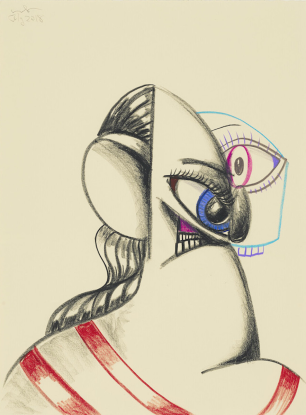 Charcoal and wax crayon on paper