Born Ralf Winkler in 1939 in Dresden, A.R. Penck adopted his pseudonym in 1968 after reading the work of the geologist Albrecht Penck. Having attempted unsuccessfully to gain entry into one of several art schools in the former German Democratic Republic, he resolved to independently pursue art in the mid-1950s. He lived in East Germany until 1980 and unable to exhibit there publicly, he smuggled works out to West Berlin and Switzerland where he was regularly exhibited. Upon emigrating to the West, A.R. Penck lived in London, Dublin and Dusseldorf. He died in Zurich, Switzerland in 2017.

Considered a Neo-Expressionist, A.R. Penck is best known for his paintings and sculptures characterized by simplified figures and forms, and neo-primitive symbols and patterns. His interest lay in the development of a pictorial language based on a simple system of signs, which it would be possible for everyone to decode. The result was a radical reduction in form to a series of outlined stick figures, which he called "Standart", in reference to the signals associated with commonly known standard symbols. He achieved an abstraction of complex, socio-economic situations in flat, pictorial compositions infused with symbolism. Penck was driven not by any system or rational narrative, but by apparent chaos and emotion. In every drawing and every painting he set out to create a purely visual space where the imagination can thrive and viewers can lose themselves. 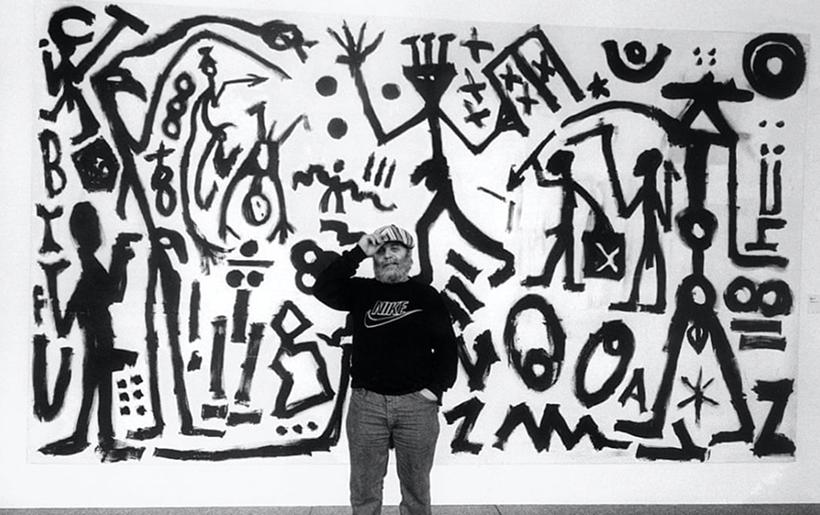 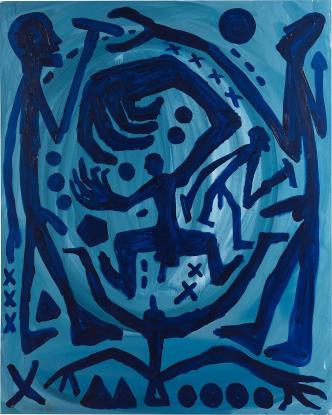 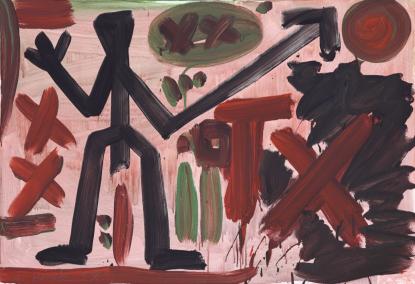 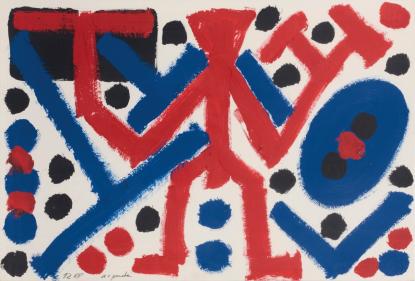 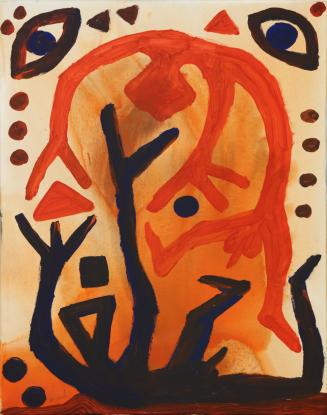 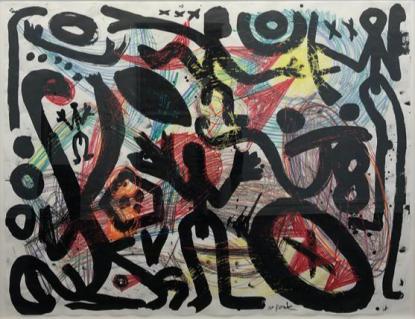 Ink and wax crayon on paper 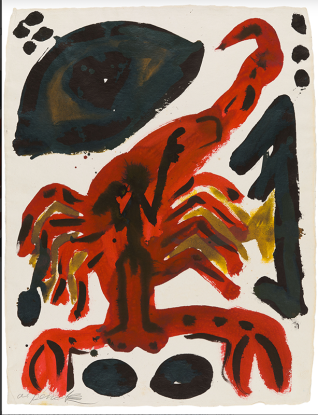 Gouache and watercolour on card 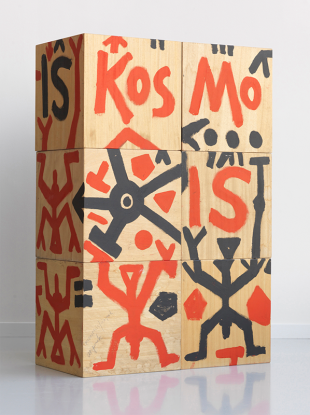